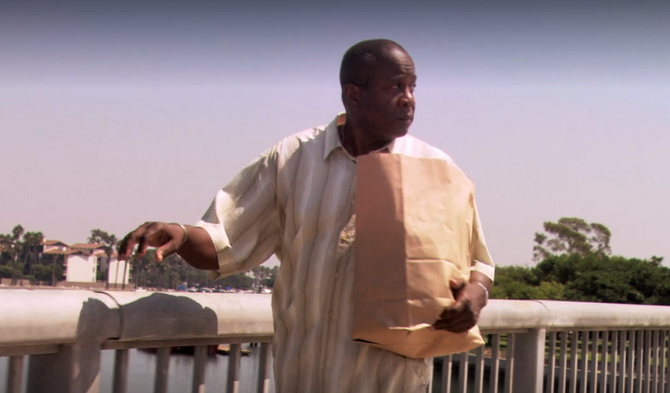 Miami for past 15 years;

Janitor;
Formerly a death squad officer for the Haitian government

At least one
Assumed to be responsible for many more

He was a member of Tonton Macoute, Haitian paramilitary group responsible for war crimes.

Jacques Bayard is a character in Season One of the Showtime series DEXTER.

He was a war criminal killed by James Doakes.

Not much is known about Bayard, aside from his real name being Rene Thibault, and that he was an officer in the Haitian military. He and Doakes fought against each other during a top secret mission.

Sgt. James Doakes and Angel Batista are driving over a small bridge when Doakes spots a man walking along the side carrying a bag of groceries. Doakes yells for Angel to stop the car, jumps out, and calls out to the man. The man recognizes Doakes and begins to run, with Doakes in hot pursuit. When he nears the low end of the bridge, he jumps off the side onto the sand below, followed by Doakes.

Angel makes a U-turn and drives back after them. As he's running down to the beach, Angel hears two gunshots. When he gets there, he finds the man lying dead in the sand under the bridge. Doakes claims to have shot him in self defense, after the man fired first. Later, Angel tells investigator Sergeant McKay that he heard Doakes' gun fire first.

Due to the fishy circumstances, Doakes is put under investigation. Lt. Maria LaGuerta asks Doakes about the shooting of Jacques Bayard and he says that he was a Haitian criminal, specifically a death squad officer. Apparently, Doakes had a history of involvement in Black-Ops missions in Haiti, and it's strongly implied that the Bayard was a member of the Haitian terrorist militia, the Tonton Macoute.

Eventually, Internal Affairs drops the case, after being called by an unknown agency in Washington. Apparently, the case concerned "sensitive foreign relation issues." This astounds Angel who states that they "disappeared" the case.

Earlier in the episode, LaGuerta tells Doakes that the investigation will soon be over soon, and he responds with, "I know it will." This implies that he knew the government would protect him.

Bayard jumps down to beach

Angel astonished by shooting of Bayard