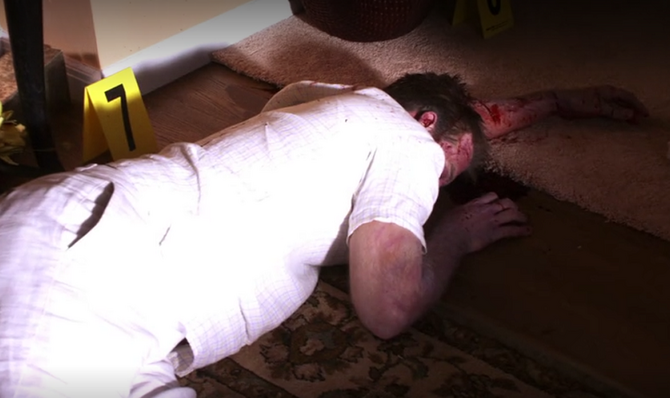 Jack Rice is a character in Season Three of the Showtime series DEXTER.

He was killed by a stalker named Fiona Kemp.

Fiona imagined that she was in a relationship with Jack, and dreamed of marrying him. However, Jack was not interested in a future with her.

To surprise Jack, Fiona photoshopped a picture of them together and broke into his house to proclaim her love for him. When Jack rejected her, Fiona bashed his head in with a statue "to preserve their love."

At the crime scene, Fiona was seen as Jack's grieving fiancee. She told the police that she had arrived at Jack's house to meet him for a movie, and his assailant had knocked her over, injuring her knee. The circumstances fit the series of break-ins in the neighborhood since the back door was forcibly opened with a crowbar, so the police initially believed her.

It was soon learned that none of Jack's friends or family had even heard of Fiona, much less of their engagement. To Fiona's surprise, she was arrested for Jack's murder and incarcerated.