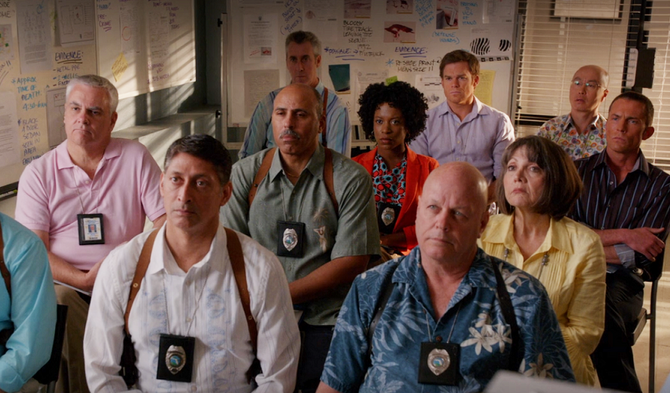 He is one of the background Detectives in the Miami Metro Homicide. He's often partnered with Detective Soderquist, usually handling cases assigned to them via Sergeant Angel Batista and later, Lieutenant Debra Morgan.

Yale is a man in his 30s with a black hair and a tan complexion. He is often wearing shoulder holsters over a button up shirt and dress pants for his uniform.

Detective Israel Yale first appears at the scene where the forensic team are dismantling the Refrigerated Truck taking notes and speaking with the team.