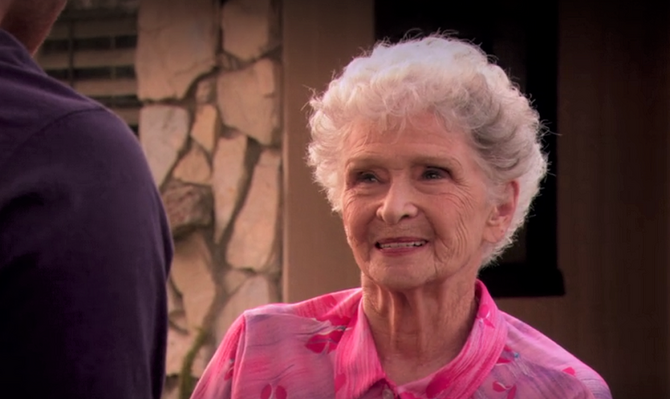 Irma Holt is a character on Showtime's series DEXTER.

Irma first meets Dexter Morgan when he arrives in Dade City, Florida, after he inherits Joe Driscoll's house. Dexter begins to suspect that Joe had been murdered. When he questions Irma about Joe's visitors, she mentions that a "cable repair man" had been to his house the week before.

After Dexter returns to Miami, Irma opens her door to be greeted by Brian Moser, who is dressed as a cable repair man. Brian enters her house, closing the door behind him. He then presumably kills her. It is not known whether he sets it up to look like a heart attack as he did with Joe Driscoll, or if he kills her in another way and disposes of her body.

Dexter and Irma talk about Joe

Irma opens door to her killer
Add a photo to this gallery
Retrieved from "https://dexter.fandom.com/wiki/Irma_Holt?oldid=108827"
Community content is available under CC-BY-SA unless otherwise noted.