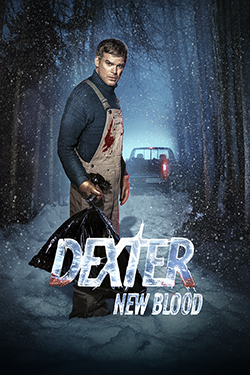 America’s favorite serial killer is back on SHOWTIME, as multiple Emmy nominee Michael C. Hall returns in Dexter: New Blood. Hiding in plain sight under an assumed name, with a job far from police work, Dexter has found the perfect spot for a cool-blooded monster to blend in – snowy Iron Lake, New York. When unexpected events shock the quiet community, his Dark Passenger awakens from nearly a decade of abstinence. Will he stick to the plan and keep his hands clean, or will temptation be a killer?

Clyde Phillips, who was a writer, executive producer, and showrunner for Seasons One through Four, returns for the ten-episode special-event series.

Wanna have a little bit of fun while you're waiting for the next episode of New Blood? Of course you do! Click on the links below to test your knowledge of Dexter's past. We'll be adding more quizzes in the future, so be sure to come back and test your knowledge again! 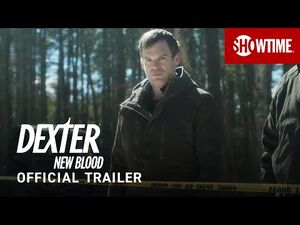 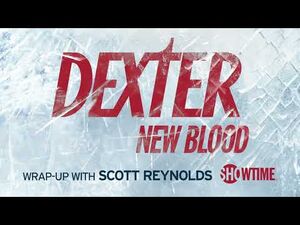 Explore everything you need to know about each season of Dexter:

Learn more about the fan-favorite characters appearing throughout all seasons of Dexter and the special event series Dexter: New Blood.

The Dexter Wiki on Fandom is a collaborative database about the SHOWTIME series Dexter and Dexter: New Blood.

Created by fans, for fans, our goal is to build a comprehensive resource about all things related to the imagined world of Dexter.

Dexter Morgan leads a double life. By day, he is an expert blood-spatter analyst that helps the police investigate murders. By night, however, he hunts and kills murderers who have escaped the justice system.

Dexter first appeared as a protagonist in the Dexter series of novels written by Jeff Lindsay. The character eventually gained more notoriety when the novels were adapted into a television series, with a total of eight seasons that aired between 2006 and 2013 on Showtime. The popularity of Dexter also led to his appearance in comics and video games, as well as extra, web-based content connected with the television series.

Want to explore the literary world of Dexter, which began as a novel? There are eight Dexter books in all. Here's some recommended reading to get you started.

Dexter by Design
Community content is available under CC-BY-SA unless otherwise noted.
Advertisement