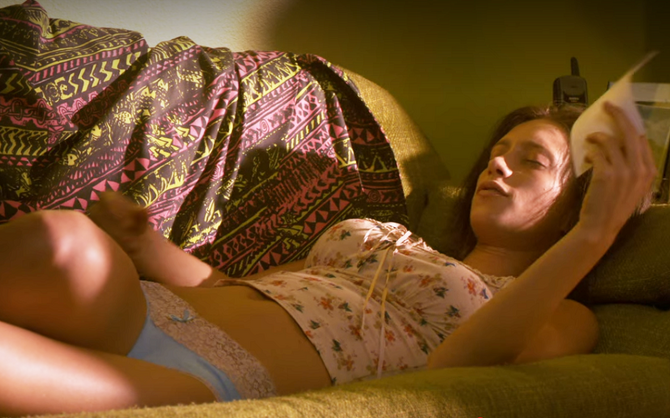 Half Conscious Woman is a character in Season Three of the Showtime series DEXTER.

She’s a prostitute who trades sex for drugs or money. She works for Javier Garza, a pimp.

While investigating the murder of a Jane Doe, Officer Debra Morgan gets a lead from Anton Briggs, a C.I. She visits a pimp, Javier Garza, and shows him a photo of the victim. He makes wisecracks and denies knowing the dead woman.

A woman on a heroin high, who is lying on the sofa, looks at the photo and speaks up.

Javier, caught in a lie, finally admits that he picked up the girl in the photo at a party, but then passed her to Freebo. He denies knowing her name, though. (Later, the victim is identified as Teegan Campbell.)