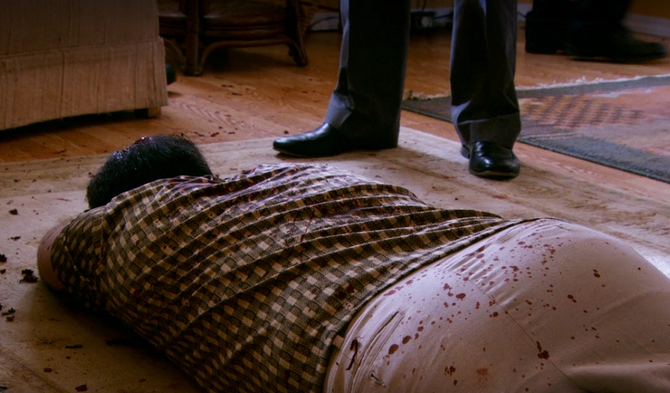 Killed by the Fuentes Brothers

Francisco Alfaro is a character in Season Five of Showtime's series DEXTER.

He was murdered by Carlos Fuentes and Marco Fuentes.

Francisco dies alongside his wife, Nina Alfaro, in what is initially believed to be a murder-suicide, but later revealed to be a double murder by the Fuentes Brothers. They shoot him pointblank in the head with a shotgun, leaving his face severely mutilated, and some of his brain matter on the ceiling.

His wife, on the other hand, is decapitated and her head is displayed dressed in religious artifacts as a symbolic way of warning others to keep their mouths shut.

The police observe Francisco on ATM footage unsuccessfully trying to withdraw money because he forgot the password, his wife's birth date. The police realize he was under duress because the Fuentes were holding his wife hostage.

Photo of Francisco and wife, Nina