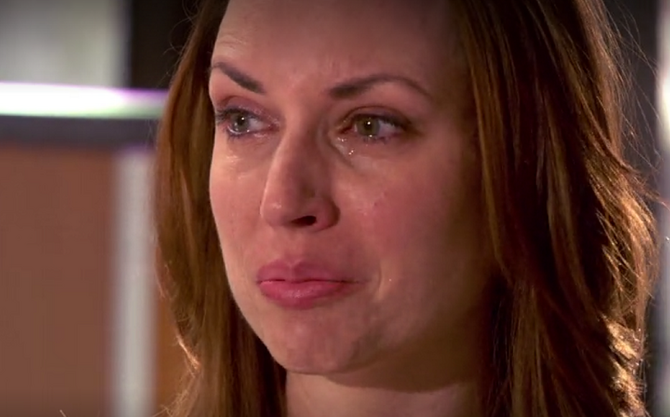 She broke into her victim's home and told him of her feelings for him. When he rejected her, she grabbed the nearest object and bludgeoned him over the head.

She was a very unstable woman who developed an unhealthy crush on a man who didn't know her. As a result, she started stalking him. When he rejected her advances, she killed him to "preserve their love."

Fiona Kemp is a character in Season Three of Showtime's series DEXTER.

She was obsessed with a man named Jack Rice, whom she killed when he rejected her advances.

From the moment that Fiona laid eyes on Jack Rice at the coffee shop where she worked, she believed they were meant for each other. She imagined they were in a relationship, and began to stalk him. When Jack rejected Fiona's advances, she bludgeoned him with a statue in his home. She then set up the scene to look like the murder had been committed by a robber who was responsible for several similar crimes in the area.

When questioned by the police, Fiona was extremely emotional and presented herself as Jack's fiance. With the help of a fake photo of her and Jack together, she initially avoided suspicion.

Dexter soon discovered that the blood spatter did not match someone who was the height of the alleged killer, but fit perfectly for someone of Fiona's height. Debra then confronted Fiona, saying that none of Jack's friends knew her, and the photo of Fiona and Jack together was photo-shopped. Officer Debra Morgan and Detective Joey Quinn were able to get a confession by using the "bad cop/good cop" routine.

Fake photo of Fiona and Jack
Community content is available under CC-BY-SA unless otherwise noted.
Advertisement