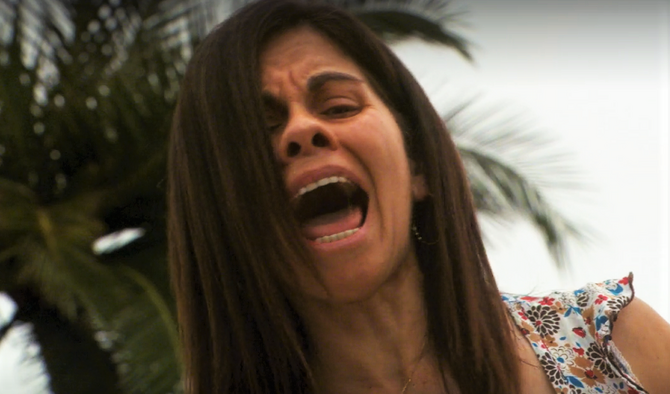 Eva Arenas is a character in Season Two of the Showtime series DEXTER.

She is a drug user and the mother of Rafael Arenas and Marissa Arenas.

Following her son's murder, she charges onto the crime scene screaming the name of her deceased son. She collapses into the arms of Dexter Morgan, begging him in Spanish to get justice by killing Little Chino, the man who did it.

In an interview, Eva tells Angel Batista that her son was forced to go with Little Chino on the night of his murder. She agrees to testify against Little Chino, only to be refused due to her past history as a drug user.

Unfortunately, Eva is now a target of the 29th Street Kings.

Eva's life comes to an end after Dexter fails to kill Chino due to his mental state, and a gang member kills Eva shortly thereafter. A boy named Joey Nunez is present at the crime scene where Eva is found dead. He insults the police for never doing anything.

Little Chino is questioned by Lieutenant LaQuerta and Detective Batista, but a timestamped videotape clears his name (suggesting that he was elsewhere at the time of the murder). This puts Little Chino back into Dexter's sights.

After being chased and caught by Officer Debra Morgan, Joey Nunez snitches on the entire gang. They are arrested, and brought to the station in cuffs. Little Chino escapes, however.

Joey is hunted down by Little Chino, only to be captured by Dexter before he can kill the boy. Eva and her daughter, Marissa, are brought justice when Chino is finally killed, dismembered, and on his way up the Gulf Stream.

Eva's corpse
Add a photo to this gallery
Retrieved from "https://dexter.fandom.com/wiki/Eva_Arenas?oldid=107102"
Community content is available under CC-BY-SA unless otherwise noted.