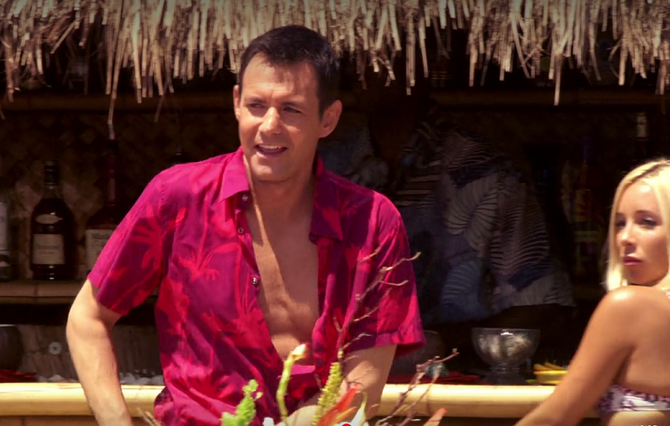 Ethan Turner is a character in Season Three of Showtime's series DEXTER.

He was a murderer who killed two of his wives for their money and assets.

Miguel Prado mentions Ethan in a conversation with Dexter Morgan. According to Miguel, Ethan got away with his first wife's murder by staging it as an overdose of pain meds. More recently, he killed his second wife while on a cruise in international waters where Miguel has no jurisdiction. Dexter decides to investigate Ethan himself.

Dexter stalks Ethan at a sporting goods store and makes casual conversation with him. He learns that Ethan is headed on a cruise to Bimini, Bahamas, and follows him onto the ship. Once on board, Dexter hides in Ethan's room, creeps up on him after he gets out of the shower, and knocks him out with M99.

Due to the ship's schedule, Dexter has to rush through his usual ritual. He plays loud music from an iPod and stuffs Ethan's mouth to keep him quiet. Not having time to savor the moment, Dexter quickly kills Ethan by stabbing him in the heart. He then dismembers him, and dumps his remains out of a porthole. Like his second wife, Ethan is declared missing when he is not found on the ship.

Meanwhile, Rita Bennett has been taken to the hospital with pregnancy complications. Miguel, having been told by Dexter that he is fishing at Mercy Reef, sends the Coast Guard to look for him. When they can’t find him, along with the sudden disappearance of Ethan, Miguel concludes that Dexter had lied about his whereabouts. He believes Dexter killed Ethan and is likely a vigilante killer. He confronts Dexter about his suspicions. They begin to work together until the relationship comes to a bitter end, when Miguel kills an innocent. 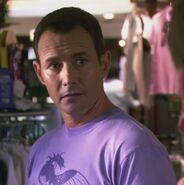 Dexter creeps up on Ethan

Ethan's remains are thrown out a porthole
Add a photo to this gallery
Retrieved from "https://dexter.fandom.com/wiki/Ethan_Turner?oldid=104922"
Community content is available under CC-BY-SA unless otherwise noted.