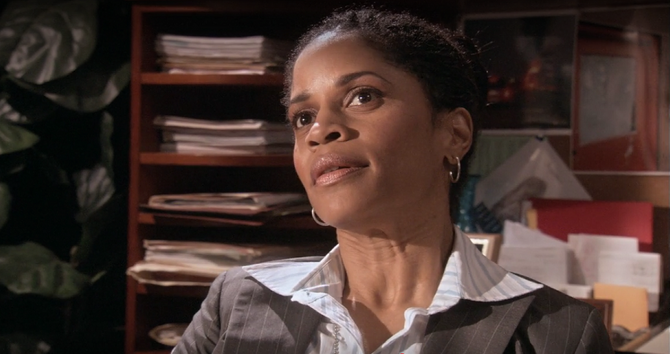 She is a Haitian-American police officer who is considered a "real up-and-comer." After being shot in the line of duty, she is promoted to Lieutenant.

When LaGuerta oversteps her authority and embarrasses Captain Thomas Matthews with new developments in the Ice Truck Killer Case, Matthews brings Pascal in to replace her.

Pascal remains Lieutenant of the Miami Metro Homicide department well over a month after the end of the case, earning the trust of the police officers and seemingly the friendship of LaGuerta,

She soon begins to crack under the pressure of her personal problems with her fiancé, Bertrand. Pascal suspects him of unfaithfulness on little real evidence, which gradually casts doubt on her rationality. Her obsession becomes so strong that she uses department resources to investigate him. This includes tracking his phone calls and having the forensics department test his shirt, looking for a smell.

After a meltdown in which she lashes out at other officers, Captain Thomas Matthews returns control of the Homicide Division to LaGuerta. It's later revealed that LaGuerta was having an affair with Pascal's fiancé, as a way to get her old job back. LaGuerta breaks it off with Bertrand as soon as she achieves her goal.