Chemistry[1] is the seventh of twelve episodes in Season Seven of DEXTER, and the seventy-ninth overall episode of the series. Directed by Holly Dale and written by Karen Campbell and Manny Coto, it first aired 11 November 2012.

The estimated number of viewers for the episode during its original airing was 2.01 million.[2]

Things heat up as Dexter and Hannah grow closer, but when Sal Price discovers the two are involved, he wants the exclusive story. Joey Quinn falls back into his old ways as he makes some questionable choices to protect Nadia.

Following Dexter and Hannah McKay's strange slab sex, she grabs a knife and puts it to his throat and asks why he wanted to kill her. He says, "It's what I do." He adds that he kills bad people which seems to turn her on.

On a date, Price and Debra talk about Hannah. She suggests exhuming the body of Hanna's ex-husband to check for poison and he tells her the man has a sister who might give permission. They appear to be hitting it off.

In the car Dexter tells Hannah they can't have sex again. She agrees. He wonders why she isn't more shaken up and she says perhaps she never really thought he'd go through with it. Dexter drops her off and sees that Price, who was sitting in his car, saw the whole thing. Dexter tells Price he can't write about this or his career is over, but Price doesn't seem interested in keeping quiet. Dexter offers to give him Wayne Randall's last words and Price says he'll think about it.

Debra tells Maria LaGuerta they have to consider abandoning their investigation since all the signs still point to James Doakes. Maria says, "Maybe you're right."

Dexter researches Price. Debra comes in and shows him the blood word from the Randall killing which indicates there was another killer. She thinks he was covering for Hannah in order to get her on his table. Vince Masuka comes in and tells Dexter and Angel Batista that the blood evidence for Isaak is missing.

Maria demands to know what happened to the evidence. They think there must be a mole.

Some of the guys return to the crime scene in Mateo's Bar and find that Isaak Sirko's people have sabotaged the building. This means Isaak will walk. Angel takes Quinn aside and shows him that his name was on the evidence locker sheet. He says he wanted to hear it directly from Quinn. Dexter tells Debra he'll take care of Isaak, but she makes him promise to stay away.

Quinn goes to see Nadia. She hasn't been hurt, but says she was scared. He doesn't say what happened, but promises her she'll soon be free.

Isaak is released from prison.

Loris tells Debra that Hannah had been expecting, but had a miscarriage soon after her brother Jake's death. Debra tells her about her suspicions regarding Hannah being responsible.

Price asks Hannah to talk to him for his next book. He references Dexter. She says she'll talk as long as he keeps Dexter out of the book.

Price calls Dexter and says he's taking him up on his offer.

Dexter looks at Christy Lawson, a victim that Price wrote about whose killer was never found. He decides to plant evidence linking Price to the murder.

Quinn tells George Novikov he wants Nadia's passport. George doesn't sound like he's going to honor their original deal and threatens him with exposing the tampering with evidence.

Dexter tells Hanna about Price seeing them together. She tells him about talking with Price. Dexter tells her he's planning to get rid of Price. She wonders if he's ever thought about what life would be like if he didn't have his code. Dexter thinks to himself that the two of them would be combustible together.

Jake's casket is opened and Debra finds that he was never embalmed. It's just bones and there is no tissue to test. Laurie is emotional that all of this was for nothing. Debra tells Price about Jake's body. He says he's going to meet with Hannah and plans to fill her in afterwards.

At the beginning of the interview Hannah makes Price promise to leave out Dexter.

Dexter breaks into Price's place and steals some DNA, including a toothbrush and dental floss. He then sits at Price's computer and deletes his research on Hannah.

Hannah tells Price about killing the couple. When the wife jumped on Randall to save her husband Hannah jumped in to help. Through tears Hannah says she stabbed the wife basically to stop her from screaming. Hannah weeps.

Isaak approaches Dexter at lunch. He's still being followed by a patrol car, so he's not there to do Dexter any harm. Isaak wants to know what drove Dexter to kill Viktor. Isaak doesn't believe that it was simply out of vengeance. Dexter gives him some explicit details about how he killed Viktor, then promises to do the same thing to Isaak.

Price drops by Dexter's place for their interview. Dexter threatens to frame him for the Lawson murder. Price gets upset, then grabs his chest and falls into the table. Dexter tells Jamie to call 911 and starts performing CPR.

Price dies. Dexter tells Quinn and Angel that his interview got heated. Debra arrives and sees the body. She thinks it must have been Hannah.

Hannah is brought into the station for questioning and Dexter is surprised she doesn't look concerned. Debra interviews Hannah, who says she has no idea Price is dead. She references Beverly and the murder with Randall, then says a tox screen on Price is on the way. Dexter watches this on closed circuit and doesn't think Hannah is acting.

Dexter pays Hannah a visit and she admits to killing Price, for both of them. She put something on one of his pens. Dexter tells her about destroying Price's files on her. She says her ex threatened to leave her if she didn't get an abortion. She killed him, but then had a miscarriage. They kiss.

Quinn gives Angel money to help finish paying for his restaurant. Angel thinks it's too generous, but eventually takes it as a loan.

Masuka gives Debra the tox screen on Price. It's negative for everything.

Maria does some late-night research and finds something related to Debra and Dexter.

Debra listens to Price's final interview with Hannah. She calls Dexter (who is with Hannah) and says there needs to be some justice with respect to Hannah. She says, "It's up to you, Dex. Do what you do." 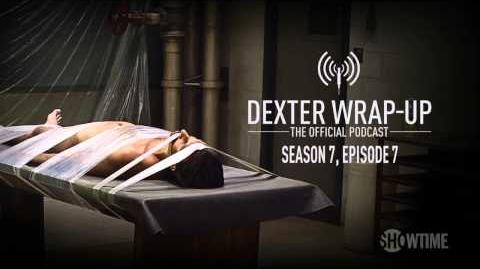 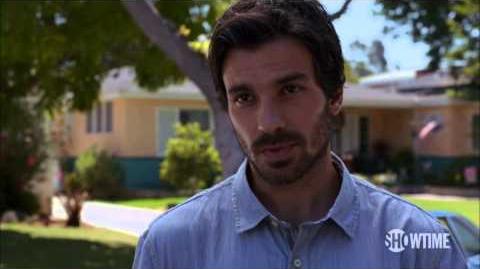 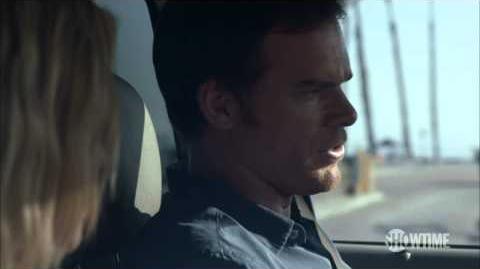 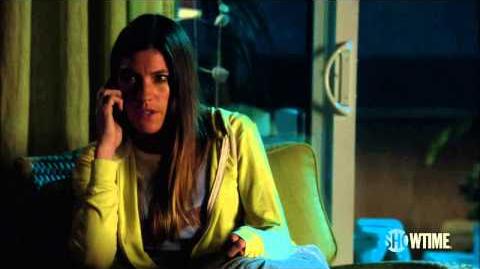