Episode 706: Do the Wrong Thing

Do the Wrong Thing

Clyde Phillips
Do the Wrong Thing[1] is the sixth of twelve episodes in Season Seven of DEXTER, and the seventy-eighth overall episode of the series. Directed by Alik Sakharov and written by Lauren Gussis, it first aired 4 November 2012.

The estimated number of viewers for the episode during its original airing was 1.99 million.[2]

After discovering her lies, Dexter sets on vetting and stalking Hannah McKay for a possible kill. Dexter decides to confront her about her husband in an attempt to see if she will slip up about something, but first he decides he needs a peace offering to get her to trust him. Back at Miami Metro, Deb and LaGuerta briefs the homicide division on the Isaak Sirko case, and while there is concrete evidence that Isaak was there, both are concerned he might claim self-defense and be acquitted.

Later, Dexter decides to show Hannah that he’s not a threat, So he decides to write a false blood report against her in order to get closer to her. In prison, Isaak is approached and threatened by an armed Colombian, claiming they will eventually retaliate against him, but Isaak disarms and pacifies him. Isaak then tells him that if anything happen to him, it would be a mistake since the Koshka Brotherhood are more powerful than the Colombians. Isaak then calls George and tells him he needs to speak with him. Dexter apologizes to Hannah, falsely claiming his evidence against was wrong and shouldn’t have accused her outright. Dexter then asks for advice on plants for his apartment in order to get closer to her. During the conversation Hannah mentions her husband died of a heart attack and her mentor Beverly Grey also died. Dexter later discovers that Hannah is Beverly’s sole beneficiary, and that both Hannah’s husband and mentor died of heart attacks. Despite the possibility of coincidence, Dexter ponders that Hannah might have killed both of them, since she has a knack for poison.

Sal Price arrives at the police station and requests new information to update his book after the discovered of more bodies that Wayne Randall murdered. Dexter then questions Price on Hannah, who hints she may be more involves than originally thought. Dexter is concerned when Sal tells him that he plans on have his own blood expert examine the evidence. After some careful coercion, Sal lets slip that he found out that when Hannah was in a halfway house, She accuses her counselor was sexually molesting her. Dexter is shocked to hear that the counselor ends up dead from rat poison shortly afterwards. Quinn confronts Nadia on George giving him money to look the other way. Quinn informs her when he was working in the Miami Metro Narcotics division, he used to take payoffs from George to look the other way but Nadia ask him to give it back for fear that getting involved with the Koshka Brotherhood might get him killed. Quinn later agrees.

Dexter breaks into Sal Price’s house and goes through his files and computer in order to prove Hannah’s guilt. Batista tell Jaime of his intention to retire and purchase the restaurant they are eating lunch at but Jaime knows Angel can be very impulsive and tells him that he might be making a serious financial mistake.

George visits Isaak in prison. When George informs him that Quinn gave the money back Isaak insists that he needs to get Quinn to help get Isaak free. Quinn arrives at a restaurant that he was planning to have dinner with Nadia but instead he finds George in her place. Quinn is worried they will hurt Nadia but George insists that he wont unless he has to. George also tells Quinn that he must lose the blood evidence linking Isaak to the Colombian murders or else Nadia will be sent to a sex club in Dubai where she most likely will be horribly treated. With no other options, Quinn is forced to cooperate.

LaGuerta and Debra meet to discuss the Bay Harbor Butcher. LaGuerta thinks he killed the men who were members of the Barrel Girl Gang. Deb, concerned about exposing Dexter, attempts to dissuade her, but Maria insists it’s worth looking into.

At home, Dexter goes over Price’s notes and learns that Beverly Grey had a rare poison from a plant in her blood. This proves she was murdered but it doesn’t prove Hannah is guilty. He then decides to look into the handyman, but before he could do that, Hannah shows up and brings Dexter a different plant. Deb calls Dexter and asks to talk to her about what LaGuerta just told her. During the conversation, she realizes that Dexter’s former tenant Lumen Pierce was his lover and partner in the murders of the men who had kidnapped and raped her. Dexter tells her to not worry about him and LaGuerta.

Dexter goes to visit Hannah’s handyman while she’s not around. He tells Dexter how Hannah took care of the nursery’s previous owner without any help. Dexter believes this implicates Hannah was the only possible suspect since she had access to poison her. He then finds the Aconite plant growing in Hannah’s backyard, and she has recently harvested some, Believing she will kill again soon, Dexter decides to kill her. When Hannah comes home, Dexter asks her out on a date. Masuka overhears Batista talking about retirement, When Masuka tells Deb about it, she asks where this idea came from. Batista says he’s burned out and the idea of buying the restaurant makes him happy. Deb then calls Sal Price and takes him up on the offer for a date. Quinn then cons his way into the evidence room, claiming he is there to review another case. In the room. He finds the evidence against Isaak and despite great apprehension, removes it from the room.

While on the date with Deb, Sal Price tells her that he suspects Hannah actively participated in some, if not all of Wayne Randall’s murders. He shows Deb the blood evidence his own expert analyzed. Deb realizes that Dexter might have intentionally wrote a false report to go after Hannah. While on a date with Hannah, Dexter takes her to a closed amusement park and shows her a light attraction complete with snowfalls. While distracted he injects her with tranquilizer and set up a kill room. When she wakes up, she tells him to “Do what you gotta do.” Realizing she isn’t afraid to die and is somehow mesmerized by her, in a surprise move, instead of killing her, he cuts her free and has sex with her. 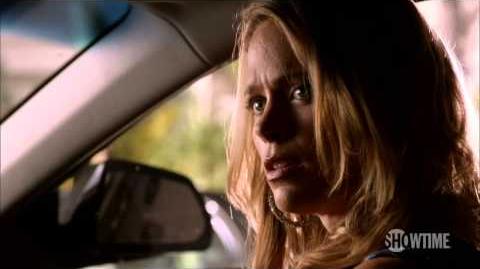 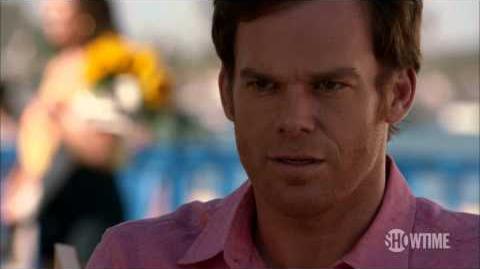 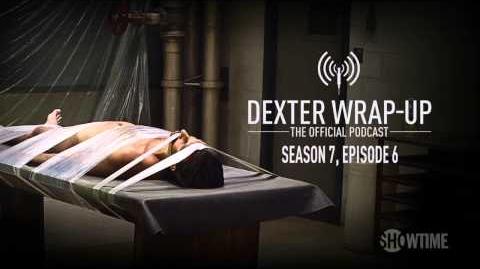