Clyde Phillips
Everything Is Illumenated is the sixth of twelve episodes in Season Five of Showtime's series DEXTER, and the fifty-fourth overall episode of the series. It first aired 31 October 2010 on Showtime.

Dexter strives to bring some normalcy back into his life by plotting to take down a serial killer. Lumen requires his help.

Dexter and Debra are packing up the items in Rita and Dexter's House as he plans to sell it. They agree that Dexter will move back to his apartment where Debra is currently living. When Debra finds Lumen Pierce's sunglasses, Dexter thinks to himself that Lumen is a part of his life that he has moved on from. He believes that Lumen has returned to Minneapolis.

Meanwhile, Debra and the Miami Metro crew are going over their strategy to take down the Fuentes Brothers at Club Mayan. Thomas Matthews thinks it is a waste of time and money. After Maria LaGuerta talks to him, they get one more night to make something happen.

Debra is introduced to Stan Liddy by Joey Quinn. She doesn't know that Liddy was hired by him to keep an eye on Dexter. Quinn and Liddy pretend to be prepping for Liddy's union rep meeting. After Debra leaves, Liddy tells Quinn that Dexter looks squeaky clean on paper, but it seems phony.

Dexter targets, Lance Robinson, after placing an ad on a dating site to lure him to a parking lot. As he is setting up a kill room in a RV, Dexter gets a call from Lumen and he is surprised that she is still in Miami. She asks for his help, saying that she brought one of her rapists to a vacant warehouse and shot him.

Annoyed at the interruption in his kill ritual, Dexter puts Lance in his car trunk and hurries to the warehouse. When he arrives, the two discover that the man has escaped, apparently still alive. Using Luminol, Dexter tracks his blood trail, finds him, and learns his identity -- Dan Mendell, a kids' dentist.

Dexter isn't convinced that Lumen shot the right man and tries to save him from bleeding out. This angers Lumen and, when they walk away to have a heated discussion, Mendell uses Lumen's cell phone to call another of the rapists. Mendell is heard talking on the phone by Dexter, after which Mendell threatens Lumen that they will find her. Dexter snaps his neck and begins to clean up the blood.

Someone had heard the gunshots in the warehouse and Debra gets called away from her stake out at Club Mayan to go to there. At the scene, the team find blood and Vince Masuka states that it is definitely a "homicidal situation." They begin searching for the victim.

After the stakeout, Angel Batista informs LaGuerta that he met someone, Yasmin Aragon, who can bring the Fuentes Brothers into the club if they drop her drug charges.

At the house, Dexter discovers Lumen lying in the bathtub which reminds him of how he found Rita dead. She puts on a robe and they sit down to talk. Lumen tells Dexter about her life, and explains why she needs to find her other rapists. Dexter decides to help her and asks, "How many more were there?" 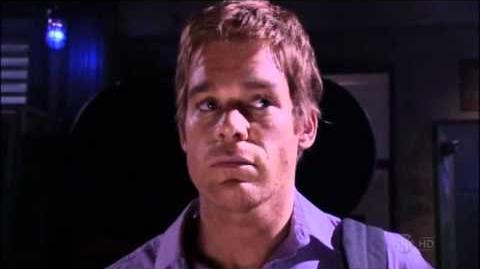 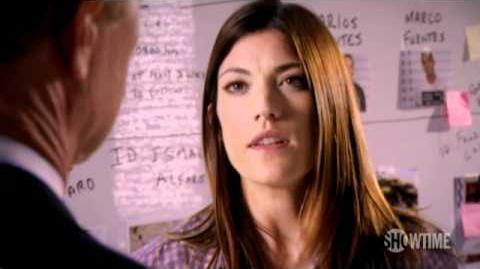 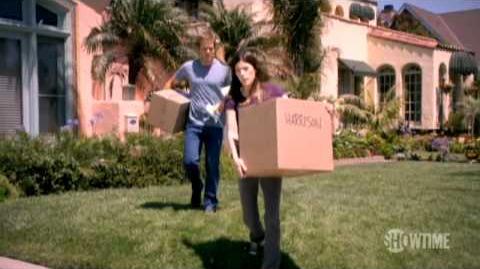 Add a photo to this gallery
Retrieved from "https://dexter.fandom.com/wiki/Episode_506:_Everything_is_Illumenated?oldid=116162"
Community content is available under CC-BY-SA unless otherwise noted.