"Hello Bandit" is the second episode of Season Five of DEXTER, and the fiftieth overall episode of the series. It first aired 3 October 2010 on Showtime.

Dexter's interview with the FBI goes well. He's told they don't suspect him of murder since he was at Trinity's house at the time Rita was killed. He's having trouble being a single parent however. Astor and Cody want to move back into their house - they're all living temporarily with Debra in what is now a very overcrowded apartment. When they skip school one day to go there, Dexter realizes something has to be done. Meanwhile, Debra is also a bit fed up with the situation and goes over to Joey Quinn's for a decent night's sleep. Dexter focuses on a new serial killer as his next victim. 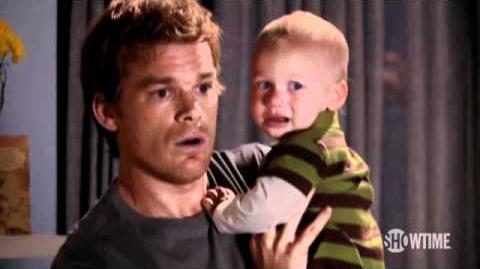 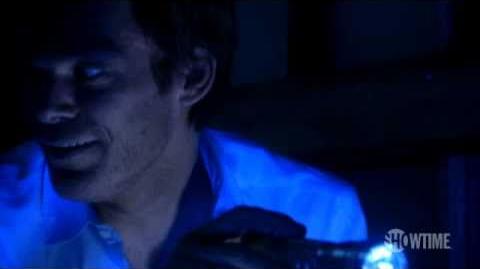 Add a photo to this gallery
Retrieved from "https://dexter.fandom.com/wiki/Episode_502:_Hello_Bandit?oldid=102438"
Community content is available under CC-BY-SA unless otherwise noted.