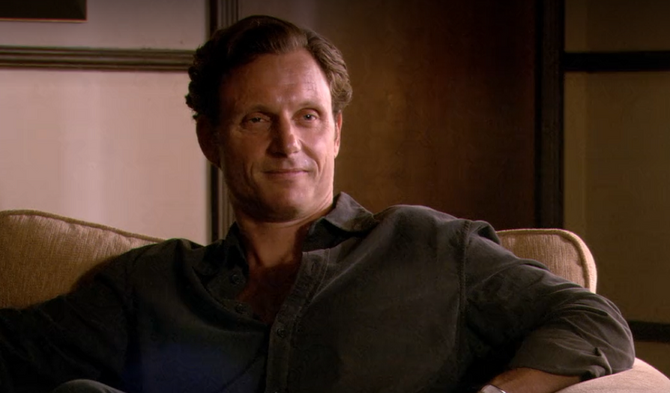 Emmett Meridian is a character in Season One of Showtime's series DEXTER.

He was a psychiatrist who manipulated powerful women into committing suicide.

Dr. Meridian first came to Dexter's attention when his third victim, Vanessa Gayle, was found dead in her bathtub after shooting herself. When looking for a connection between Gayle and two other powerful women who unexpectedly killed themselves, Dexter found that they all had regular therapy sessions for stress and/or depression with Meridian.

Dexter decided to investigate whether the suicides were the result of improper treatment, and scheduled an appointment with Meridian under the alias, Sean Ellis.

Dexter was impressed with Meridian's insights. While Meridian was paying for lunch, Dexter sneaked a look at his appointment book, noticing a session for a Scott Solomon at the time of Vanessa's death. He tracked down Scott and confirmed that Scott had kept his appointment, which gave Meridian an alibi.

Still believing that there was something fishy about the suicides, Dexter scheduled a another session with Meridian. He brought up that Meridian was a fake, but the doctor said it was a common first time reaction to therapy. During this meeting, Dexter noticed a small camera hidden inside a plant in Meridian's office, which secretly recorded the sessions on a nearby laptop. He then took the opportunity to explore his control issues and inability to open himself up to others.

After breaking into Meridian's office that night, Dexter erased his own session files and watched the sessions with the three suicide victims. Dexter discovered that Meridian would suddenly cut off their medication supply, causing them to go into severe withdrawal. He then filled their heads with noble thoughts of suicide, even going as far as recommending the use of firearms to show how "truly brave" they were.

Even though he had enough proof, Dexter postponed killing Meridian in order to meet with him to discuss his sexual hangups. During a relaxation technique, Dexter's subconscious memories of his mother's death came up, and he immediately left the session. He was then able to spend the night with Rita Bennett. To his surprise, Rita enjoyed the intimacy they shared.

During the last session, a happy and confident Dexter admitted his serial killer history before confronting Meridian about his indirect murders. He then choked Meridian, injected him with M99, and prepared a kill room in his office. When Meridian woke up, Dexter asked him why he targeted powerful women, and thanked him for his help in working out his issues before killing him.

These are the video files of Meridian's patients discovered by Dexter:

Meridian has three known victims, all of whom were psychologically manipulated into killing themselves:

Dexter during a session with Meridian 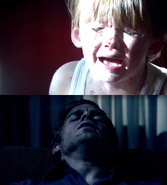 Dexter uncovers a hidden memory, the root cause of his urges 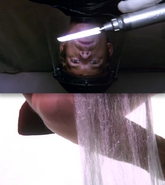 Dexter kills Meridian with a reciprocating saw
Add a photo to this gallery
Retrieved from "https://dexter.fandom.com/wiki/Emmett_Meridian?oldid=108778"
Community content is available under CC-BY-SA unless otherwise noted.