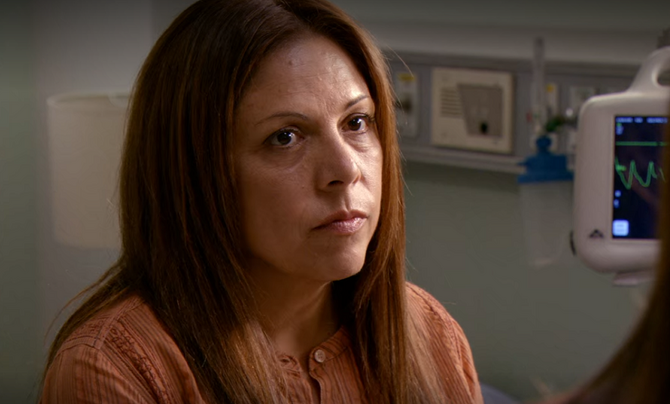 Elena Mendoza is a character in Season Five of the Showtime series DEXTER.

She is the mother of Jandro Mendoza, an attempted murder victim of Carlos Fuentes.

After her son, Jandro, had his throat slit by Carlos Fuentes, Elena went to the hospital where he was recovering. Detective Debra Morgan and Sergeant Angel Batista were there waiting to question Jandro, and Elena walked up to them. As Debra started to talk to her, Elena hugged her before she could say a word, showing that she did not blame Debra for her son's injuries.

Elena encouraged Jandro to tell them everything he knew about the brothers. The information that Jandro provided, including that of a possible tattoo, eventually led Miami Metro Homicide to Club Mayan.

Elena at bedside of son
Add a photo to this gallery
Retrieved from "https://dexter.fandom.com/wiki/Elena_Mendoza?oldid=111087"
Community content is available under CC-BY-SA unless otherwise noted.