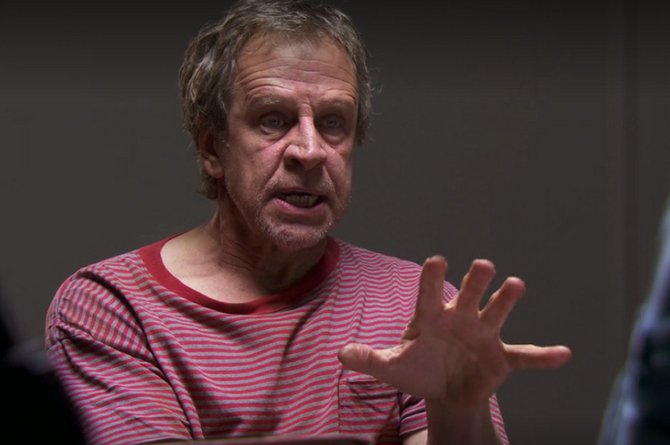 Eddie Noonan is a character in Season Four of Showtime's series DEXTER.

His wife was murdered by The Trinity Killer, however, Eddie was convicted of the crime.

April 11, 1979 - A woman named Vicky Noonan had her femoral artery slashed in a bathtub. Although her husband, Eddie Noonan, was innocent, he was convicted of the murder and sent to prison. At some point, he was paroled and sent free.

2009 - Lisa Bell was murdered in Eddie Noonan's old house in the same fashion as was his wife. Noonan was brought in for questioning based on the similarities in the murders. Detective Debra Morgan and retired Special Agent Frank Lundy interrogated Noonan about the murders of his wife and Lisa. He claimed full innocence of both crimes and even had an alibi for Lisa Bell's murder. Noonan was let go and later fully exonerated when the Trinity Killer was identified and his pattern of murders was established.

Retrieved from "https://dexter.fandom.com/wiki/Eddie_Noonan?oldid=103991"
Community content is available under CC-BY-SA unless otherwise noted.