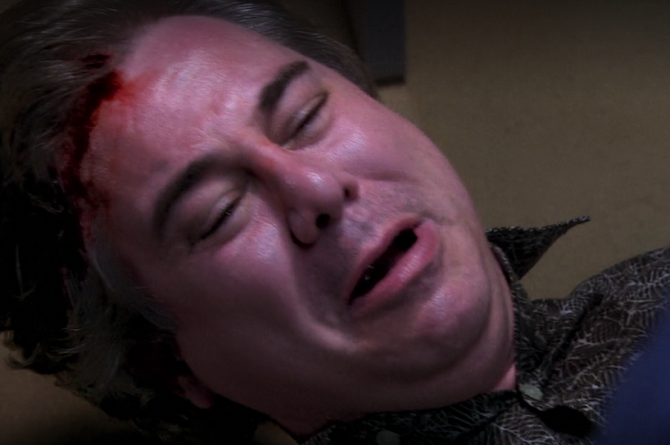 If I Had a Hammer (corpse)

Earl Doorman [1] is a character in Season Four of the Showtime series DEXTER.

He is the third shown victim of The Trinity Killer. Being a father of two, Earl was the last of Trinity's kill cycle.

Earl was only seen alive twice, once when talking to Arthur Mitchell and the Security Guard, and again when being bludgeoned by Arthur. He was struck about six times with a hammer before succumbing to the final blow. Dexter Morgan witnessed the kill on a security camera and followed Arthur to his house afterward.

Earl's corpse is discovered after the weekend, and the homicide team arrives on scene.

Earl is bludgeoned to death