Dexter: Issue 5 is the fifth issue in the first volume of the Dexter Comics series created by Jeff Lindsay (author of the Dexter Novels) and illustrated by Dalibor Talajic.

Steve calls his enforcer Octavio to come and pick up an unconscious Dexter.

Steve and his henchmen kidnap Dexter and take him to Mar Dorado via yacht. They wake up Dexter and welcome him to the real Mar Dorado, a 24/7 slave labor island where various members of the New Hope Foundation are taken to work for Steve, in building a resort owned by the latter. When Dexter disrespects Steve, he is tasered by Octavio.

Dexter is put to work alongside the other slaves at Mar Dorado. While they are working, a fellow prisoner teases Dexter, to which the latter responds by cutting his tongue. Octavio whips Dexter in punishment of what he just did. Dexter hopes and waits patiently for Deborah to find out where he is. His wish is granted, sort of, as Deborah is also brought to the island after being kidnapped herself by Steve's men.

Deborah and Dexter are taken by Steve and his men to a warehouse where they are both tied to X-shaped metallic structures, inside of what seems to Steve's Kill Room. Steve is sitting on a type of throne in the warehouse and explains how the death of Deveaux and Bleek were rushed. He states that he will not make the same mistake again and will take his time in killing both Dexter and Deborah.

Steve prepares to kill Dexter with a pitchfork, however, he is interrupted when an alarm goes off and he leaves the task to Octavio. In the midst of this, Dexter manages to free himself and he attacks Octavio out of Deborah's view. Dexter grabs the pitchfork left by Steve and starts to kill Octavio, however, Deborah's cry of help interrupts him. Nevertheless, he stabs Octavio in the neck, killing him. Dexter proceeds to rescue Deborah and they both escape to pursue Steve.

Dexter and Deborah, though, are unable to chase Steve as he escapes on his yacht and they are captured by members of the F.B.I. who have arrived on the island. They are eventually released since they are victims of Steve. Dexter theorizes that Steve went to Venezuela, which is true.

Eventually, Dexter travels to Venezuela and, indeed, finds an unsuspecting Steve. When Steve walks into a dark alley, Dexter kills him off panel.

A red moon shines as Dexter is back, as cunning as ever. 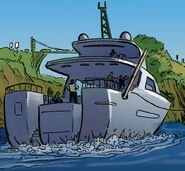 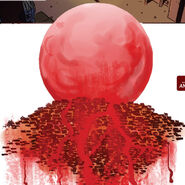 Red moon
Add a photo to this gallery 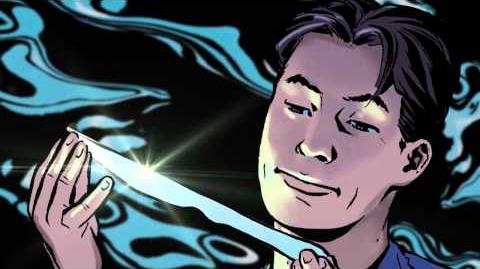 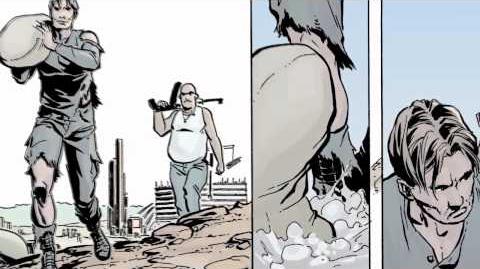 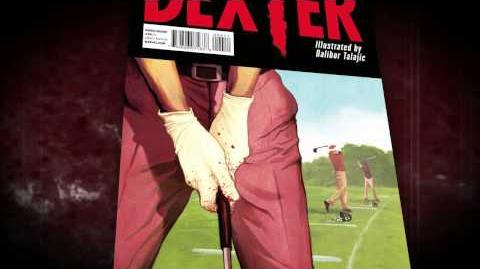 Retrieved from "https://dexter.fandom.com/wiki/Dexter:_Issue_5?oldid=101345"
Community content is available under CC-BY-SA unless otherwise noted.