Dexter: Issue 1 is the first issue in the Dexter Comics series created by Jeff Lindsay (author of the Dexter Novels) and illustrated by Dalibor Talajic.

A full moon is seen hovering over the bright lights of Miami, Florida, where a street cleaner is busy cleaning out an alleyway. A mustached man is shown hiding in the distance, peaking around the corner of a building and watching the cleaner. From within the shadows behind him, a homeless person calls out, asking for change, his face obscured by darkness. The mustached man approaches him, saying, "Sure, I got somethin' for ya right here," and his right hand reaches inside of his coat.

As a knife is shown slipping from mustached man's brown jacket, the homeless man in the shadows leaps forward and grasps the knife wielder with his left hand. His right hand brings forth a syringe with which he injects the would-be murderer with a sedative, instantly knocking him out. His knife falls to the ground as the man who was faking to be homeless looms overhead, as the shadow of a dark figure hovers on the wall behind him.

This man's name is Dexter Morgan, a serial Killer and he's just sedated another victim. Dexter pulls the man into the darkness, finding a secure space as he pulls another item from the mustached man's jacket: a bloodied pink shoe with flower patterns on it, suggesting this guy murdered a little girl. As Dexter smiles to himself, he brings up his own blade and strikes it into his victim's chest.

The scene switches to a cloudless day, where Dexter is shown pulling letters from a box while the mailman drives off. He heads inside, examining an invitation to his High School reunion before tossing it in the garbage. He remarks to himself he hadn't thought about going as it would serve no purpose. However, his wife, Rita Morgan, soon spots the card while carrying laundry.

Dexter deposits the blood slide for his most recent victim in his Rosewood Box, a blood-slide carrier with three columns to hold roughly 96 slides. Inside the box, a visible 46 are shown with a 47th in hand. He hears Rita calling him, so he deposits the slide and hides the box before meeting with her in the living room. She carries a big smile, and holds his invitation for his High School reunion. She immediately takes control, saying that, of course. they're going because she's curious as to what he was like in school. She insists that it will be fun to meet his friends. Dexter quietly agrees to go, in order to maintain his disguise.

The reunion is located at the Coconut Grove High School gym, where a band is playing on stage. Dexter is unattached to the crowd, since he didn't know many of them in school and is certain that he doesn't want to see any of them again. Meanwhile, people are running, dancing, and laughing. Rita cannot help but join in on the fun by pulling Dexter to the dance floor. He remarks inside his head of things he'd rather be doing (such as killing someone) while dancing with his wife. Judge Graham, along with some others who are dressed in Roman togas, march on by them. Graham flashes the crowd, revealing little to no clothing underneath. Rita remarks on Dexter's interesting graduation class.

Rita inquires if Dexter had a best friend in high school. Dexter answers that he was kind of a loner, without any friends to speak of. That's when he notices Steve Gonzalez in the crowd. Steve is very well-known -- Number 3 on the "Ten Sexiest Men in Miami" list and the owner of the New Hope Foundation. However, Dexter flashes back to a different Steve...a bully who had immigrated from Cuba, only a couple years older than Dexter. Steve struggled in school, behind in many of his classes, but he had a habit of picking on just one individual - Dexter. This naturally infuriated the young man, who wanted to exact revenge in his own way. At the time, Dexter discussed his feelings about Steve with his father, Harry Morgan.

Harry gave Dexter a pep talk on not letting someone push him around, and to show him what Dexter's really made of. Of course, this advice was taken in a different light by Dexter, who tracked down Steve one day in the locker room, and knocked him out with use of a wire. Steve awoke on a table, stripped and tied down while Dexter stood over him with a knife. Steve's mouth gagged, he simply stared at Dexter, frightened, until someone opened the door behind them. Fearless, Dexter simply hid the knife behind his back as the janitor looked at him wondering what was going on. This resulted in Dexter's first trip to Mr. Bartlett's office, the Principal of the school. Harry wasn't too fond of what happened but, on the positive side, Steve never bothered Dexter again after that incident.

Back in the present, Rita begs Dexter to introduce her to Steve and he grudgingly agrees. The two approach Steve, who recognizes Dexter instantly. Dexter is shocked when he's hugged by Steve who talks in a charismatic, excited voice. He then greets Rita, using his charm to ask how such a woman ended up with a guy like Dexter. Dexter puts his arm around his wife, stating she just got lucky, and Steve smiles. He then starts to worry Dexter, when he tells Rita that she married a monster -- of morality. Steve admits that he used to be a bully but Dexter showed him the error of his ways, although perhaps a little melodramatically. Regardless, Steve states that it was effective. Dexter awkwardly thanks him before Steve says that he should be thanking Dexter.

All the while, Rita is swooning over this interaction between Steve and her husband. Steve says that, without Dexter, he would likely be someone else and wouldn't have started the New Hope Foundation. He gives Dexter a certain look, his green eyes apparent, as he states that it's not something Dexter would talk about, and Dexter agrees. After some more chitchat, Steve asks for Rita's hand on the dance floor and Dexter permits it, but he watches Steve the entire time. The reunion doesn't cause Dexter to remember a lot about school -- but he has never forgotten Steve's eyes. After twenty years from the first time Steve bullied him, they look the same.

The following day, a crime scene is depicted of a deceased man lying on the concrete with a knife in his back. Police officers and detectives crowd the location, with a paramedics van near the bridge and several squad cars lining the lot. Sergeant Deborah Morgan stands over the body, while an on-scene officer talks about the victim. She learns that the victim is 48-year-old Arthur Bleek, a New-Jersey resident with an expired license, no current address, and was unemployed. Bleek is then labeled a drunk. The cop remarks he's just one of those guys who walk up to a car, squirt water on its windshield before wiping it off for a tip.

Dexter begins to talk about the body as he hovers over it behind the officers. He states that the man spent some time in the water recently, adding that there is no blood underneath his body and no blood on his clothes. Apparently, he was killed elsewhere, dumped in the water, and then transported to an open parking lot. Deb questions why someone would haul him out and dump him at the spot, with Dexter claiming that it's probably a statement or a warning. Deb calls over a fellow detective named Bronski and asks him who found the body. Bronski says that a couple of bums found him, and Dexter asks when. Bronski says those guys aren't real good with time, while Dexter comically remarks whether Bronski is good at it himself. Deb herself asks, "What. freaking. time?" with Bronski replying,"Seven...ish?".

Deb questions Bronski whether the bums knew the victim, and he says they saw Bleek around the mission. This sparks Dexter's curiosity, and he asks about the mission.

Deb smacks Dexter upside the head, asking where the hell he's been while pointing at the building directly in front of them. Dexter remarks in his head that she's the only person he'd ever let do that and says that's what big sister's are for. He then notices the New Hope Foundation. Suddenly, it starts to fall together for Dexter, having not seen Steve for over twenty years, he's now all over the place. He could chalk it up as coincidence but he doubts that as he stares at the building. 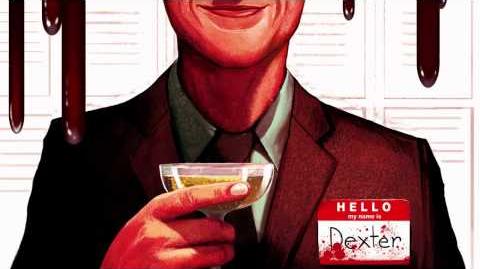 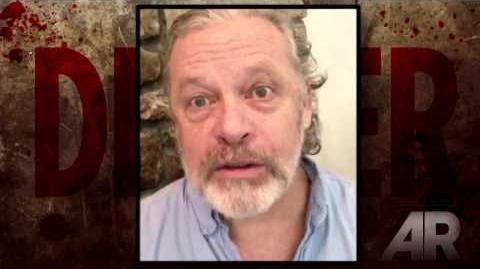