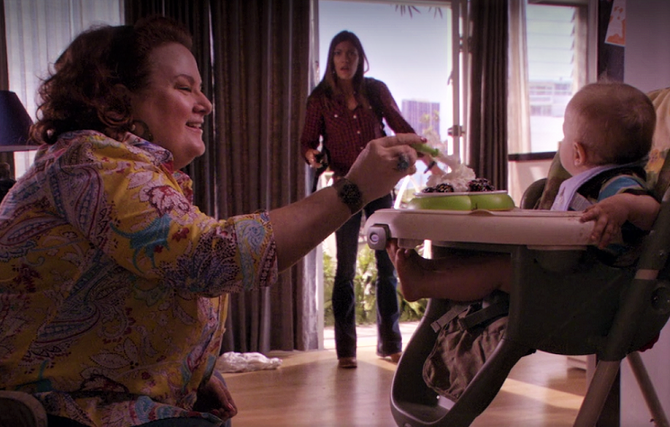 Dexter's Neighbor (10A) is a Character in Season Five of the Showtime series DEXTER.

She lives on the floor below Dexter Morgan in Apartment 10A.

After his wife's death, Dexter decides to disappear. He leaves his son Harrison in 10A's care until Debra arrives back at his apartment, where she is currently living.

Debra, upset that Dexter didn't keep his appointment with the FBI, hurries home. She bursts through the door and sees 10A feeding Harrison. She twice asks 10A, "Who the fuck are you?" which clearly offends the woman. The woman explains that she's from downstairs and is watching Harrison. She asks Debra, "You're the sister, right? ...He said you would know what to do."

As the neighbor starts to leave, Debra orders her to stay, and walks into the bedroom to call Dexter. Unable to reach him, she leaves a message, in which she calls the babysitter the "fucking cat lady."

Retrieved from "https://dexter.fandom.com/wiki/Dexter%27s_Neighbor_(10A)?oldid=107702"
Community content is available under CC-BY-SA unless otherwise noted.