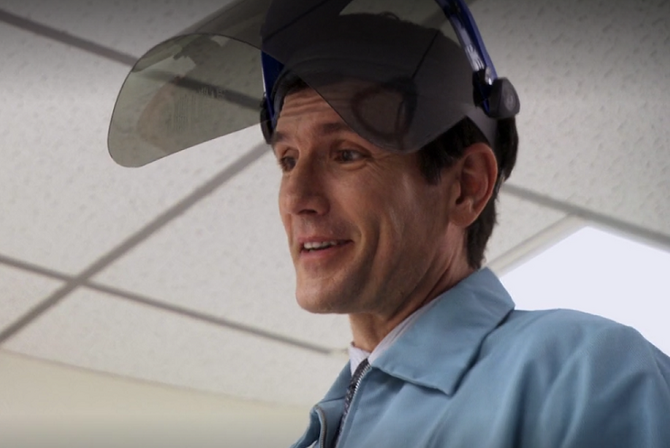 Dexter's Dentist is a character in Season Three of the Showtime series DEXTER.

He performed a dental crown procedure on Dexter Morgan.

The dentist informs Dexter that the temporary crown may cause some blood. Keeping a straight-face, Dexter responds,”Not a problem. ”When the dentist asks Dexter if he still has his boat, Dexter answers, “You bet. It’s the only place I can let everything go” (referring to where he dumps his victims).

Later, when fighting with Oscar Prado, Dexter loses his crown. The next day, he is able to find it at the crime scene.

Add a photo to this gallery
Retrieved from "https://dexter.fandom.com/wiki/Dexter%27s_Dentist?oldid=103127"
Community content is available under CC-BY-SA unless otherwise noted.