Dearly Devoted Dexter is the second novel in the Dexter series of novels, written by Jeff Lindsay. It was written in 2005, the events of season three are loosely based on this book. The main serial killer of the story is Dr. Danco.

A shadowy figure from Sgt. Doakes' past arrives in Miami, and begins preying on former U.S. Army operatives Doakes served with during the Salvadoran Civil War. The killer possesses a unique method of torture that has earned him the nickname "Dr. Danco": He kidnaps each victim, pumps them full of sedatives, and, over a period of several days, steadily removes their limbs, genitalia and facial features, before leaving them to contemplate their hideous mutilation in front of a carefully placed mirror.

Meanwhile, Dexter, having been forced to suppress his own psychopathic urges by the machinations of an increasingly suspicious Doakes, welcomes the distraction and begins to focus on hunting down a possible child killer. However, he finds himself drawn into the case of the mysterious Dr. Danco when his sister Deborah's new boyfriend, detective Kyle Chutsky, turns out to be on the torturer's hit list.

Amidst all the chaos, Dexter finds himself accidentally engaged to his girlfriend Rita, and begins to suspect Rita's children Astor and Cody of having sociopathic tendencies of their own.

At the conclusion of the story, Dexter learns that Dr. Danco murders his victims by making them play a word game resembling hang man. Each victim is asked to guess a word chosen for them by Danco, each wrong answer resulting in the amputation of a body part. This is simply an additional cruelty, however, as Danco usually has cut out the tongue of the victim, making it impossible for their speech to be understood. The victim is also forced to witness his own dismemberment in a mirror hung above his "operating table." 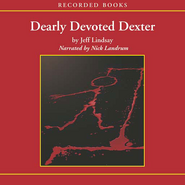