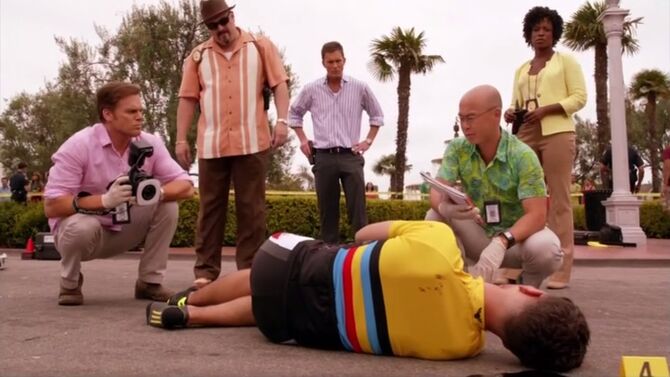 Hit by a car

He was a bicyclist who was killed in a deliberate hit-and-run.

He was found dead near his bike, Angel Batista concluded that the man stuck his middle finger out at a car driver, to which the latter responded by running him over. The driver and killer's identities were not mentioned at the scene, or even after the incident.

At the time, Dexter Morgan was preoccupied with killing Oliver Saxon and moving away with Hannah McKay. He told Angel Batista at the crime scene that he was quitting his job to travel.

Dead cyclist crime scene
Add a photo to this gallery
Retrieved from "https://dexter.fandom.com/wiki/Dead_Cyclist?oldid=122630"
Community content is available under CC-BY-SA unless otherwise noted.