In 2013, he played Kevin Wyman, an unfaithful boyfriend, on Showtime’s series DEXTER.

Chisum was born in Livonia, Michigan, as David Hines Chisum. He is married to Aishah Nadera Bailer. They have two children. 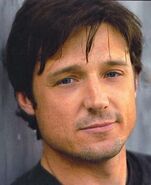