The Code of Harry is a concept in the Showtime series DEXTER.

It's a set of guidelines created by Harry Morgan and Dr. Evelyn Vogel to help Harry's adopted son, Dexter Morgan, channel his need to kill.

For many years, the code was thought by Dexter to have been created by only Harry himself. However, it's later revealed that Dr. Vogel suggested the code to Harry as a way for Dexter to both safely satisfy his needs and, in a sense, do some good. (Every Silver Lining...)

Dexter Morgan, when he was only three years old, watched his mother, Laura Moser, die a gruesome death via a chainsaw wielded by Santos Jimenez, under the orders of Hector Estrada. She, along with several others, were killed inside a shipping container, where Dexter and his brother, Brian Moser, sat abandoned for two days in a pool of their blood. Officer Harry Morgan discovered the boys but he only carried Dexter out after seeing in Brian's eyes that he had been permanently damaged by the experience. The other officers went in to rescue Dexter's brother. At the time, Harry was unaware that Dexter would also have lasting effects from the incident and he decided to adopt the boy, hoping that he'd raise a normal child.

Unfortunately, the incident did affect Dexter...changing who he was inside. At a young age, he killed several animals, including a dog named Buddy. He also showed a deep fascination in a crime scene that he begged his adoptive father to take him to. Harry, fearing that his son had something wrong with him, sought help from Dr. Evelyn Vogel, who listened to his stories and was convinced that Dexter not only showed all the classic traits of a psychopath, but that he would one day become a killer. While they determined how to handle him, Vogel suggested to Harry that since it would be impossible to stop Dexter's urges, they should try to focus them on certain targets.

Harry first tried to channel Dexter's urges to only kill animals. However, he realized that animals would never be enough to satiate Dexter and he would eventually need to kill "other kinds of animals" (specifically, human beings). Thus the Code was created. Harry handled a majority of the details, aided by his law enforcement background, and while operating under Dr. Vogel's guidance. (Every Silver Lining...)

Rules of The Code

The Code of Harry was designed as a framework for Dexter's survival. It was never actually written down by Harry or Dexter. As a result, it's not a verbatim list of rules, but a set of guidelines that Dexter bends from time to time. Dexter has often cited the first two rules as the most important ones.

Dexter has refused to kill several people because they didn't fit Harry's Code - even if killing them would benefit him.

Dexter occasionally killed someone who didn't technically meet the Code of Harry in the sense of not being a murderer. 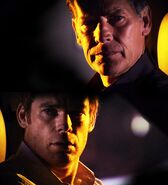 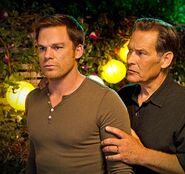