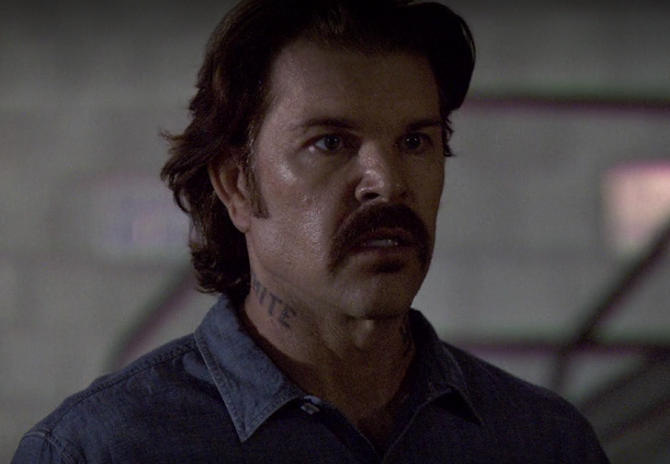 Claw hammer and the Aryan Brotherhood

He believes in a completely white society. He will kill those who disagree with him or stand in the way.
Clemson Galt is a character in Season Three of the Showtime series DEXTER.

He was an Aryan-affiliated inmate who murdered his girlfriend Jenna Kendrick for getting pregnant.

Galt was found not guilty for the murder of Jenna after his associates frightened or killed all witnesses. However, he was found guilty for an unrelated armed robbery and was sentenced to fifteen years in a maximum security prison. His power and influence over the Aryan Brotherhood continued from behind bars, and he was still able to order more killings and violence from inside his prison cell. One such killing was when he ordered the hit on the family of an Aryan defector. Dexter remarks that Galt has been on his personal Top Ten list of targets for some time.

With the help of ADA Miguel Prado, Dexter breaks Galt out of prison. Dexter, wanting to discourage the anxious, but undisciplined, Prado from joining him in his killings, suggests Galt as a target specifically because of the extreme difficulty they would have in even getting to Galt. Prado, however, is not fazed by the risk and uses his connections as ADA to have Galt moved to a Miami courthouse, under the guise of presenting him with a potential plea bargain.

While Galt is being held under minimal security as an expert witness at the courthouse, Prado sneaks him a key and tells him that one of his "Nazi pals" is waiting for him outside. Although initially suspicious, especially since Prado is not white (even calling him a "spic"), Galt takes the bait and escapes from the courthouse. Dexter, posing as a fellow white supremacist, meets him outside only to capture him and transport him to the same house in which Galt killed his girlfriend.

Dexter and Prado had planned to meet up for the kill at the stash house. Not ready to share the ritual with anyone else, Dexter is alone with Galt. When confronted with his crimes, Galt is snarky and tells Dexter that he must have him confused with someone else, prompting Dexter to stuff cloth in his mouth. He then kills Galt with a knife to the chest and dismembers his body.

Galt and Dexter avoid the police

Galt, before he is killed by Dexter 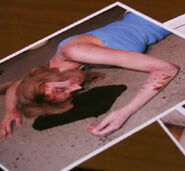