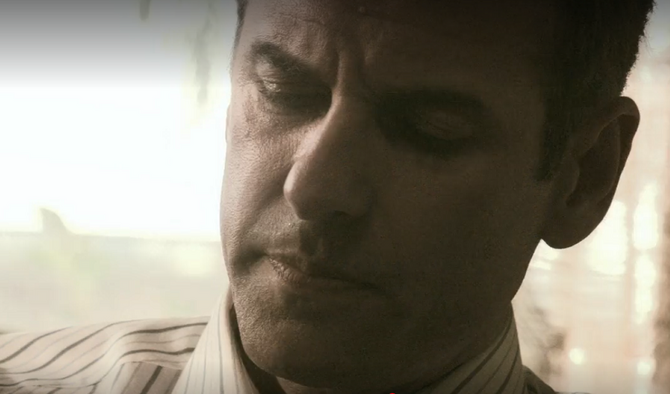 He conducts an evaluation of young Dexter Morgan.

In a flashback, Dexter's adoptive mother tells her husband, Harry, that something is "off" about young Dexter, not realizing that Dexter is secretly listening. Harry grudgingly agrees to take Dexter to a psychiatrist for an assessment.

Doris: “There is something off about him, Harry."
Harry: “You know why.”
Doris: “All right, look. It wouldn’t hurt to have him tested, would it?”

Harry: “Listen, Dexter, whatever you think is right is wrong. He asks you a question, I want you to think of your answer first and then tell him the exact opposite, okay?”

Harry: “You really impressed me in there today, son. I don’t know how you did it, but great job.”
Dexter: “I just pretended to be someone else.”
Harry: “Well, it’s working. Keep doing it. I mean, that doctor didn’t even see the monster inside you. I mean, not monster. It’s just, son, you know that you have these dark urges. Anyway, good job.”

Dex is questioned
Community content is available under CC-BY-SA unless otherwise noted.
Advertisement