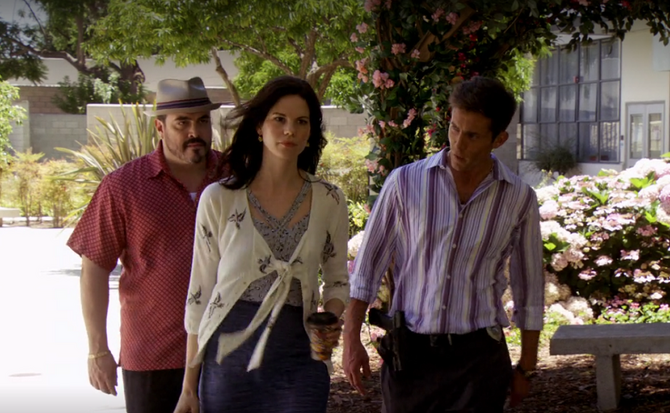 The Angel of Death

Professor Carissa Porter is a character in Season Six of the Showtime series DEXTER.

She is a professor at the University of Tallahassee, and Professor James Gellar's former assistant and lover.

Carissa is a woman with long, dark hair and brown eyes with pale skin. As a professor, she wears corporate casual attire, with perhaps a lab coat as it's not known what she teaches.

During Carissa's year as Professor Gellar's teaching assistant, they lived together as lovers. For him, she even posed naked in a controversial exhibit with a dead lamb on her head. After they broke up, Gellar became involved with his next assistant, another in a long line of girls.

Detective Joey Quinn and Sergeant Angel Batista drive to Tallahassee to question Carissa regarding Gellar's connection to the Doomsday killings. She firmly states that Gellar cannot be connected to these killings, though she hasn't see him in three years. She is even willing to help find him just to prove they suspect the wrong man. She describes Gellar as eccentric and brilliant.

Quinn and Angel decide to head back to Miami the next day. That night, they meet Carissa in a bar and Quinn ends up spending the night with her. Angel disapproves, but Quinn says he spend $80 on her and doesn't want to start over with another woman.

In the morning, Angel goes to Carissa's house to pick up Quinn. While waiting inside for him, Angel looks around and finds a book of Gellar's artwork. He calls Carissa back into the room for an explanation. At first, she is furious at Angel for going through Gellar's stuff, but changes her tone when she sees the similarities between his drawings and the tableaus.

It is discovered by Miami Metro Homicide (specifically, Quinn) that Carissa is the one in a newspaper photo of Gellar's Lamb exhibition because of her tattoo. She is called to Miami by Lieutenant Debra Morgan for more information. Quinn avoids her, and she is questioned by Angel while Debra watches through a two-way mirror.

During Angel's questioning, Carissa grows uncomfortable and reveals no new information. Debra orders Quinn into the interrogation room to assist Angel. Due to Quinn's unfriendly attitude, Carissa eventually blows up. She mentions her night with Quinn and orders them to leave her alone or she will sue the department. Then she storms out of the building. An enraged Debra confronts Quinn about sleeping with a witness. 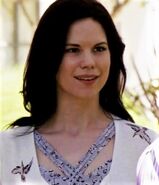 Quinn and Carissa in a bar

Article about Gellar's Lamb exhibition, in which Carissa posed with a dead lamb on her head
Community content is available under CC-BY-SA unless otherwise noted.
Advertisement