He may be best known for his roles in The Secret Life of the American Teenager, and Zoey 101. He has appeared in such films as Balls Out: Gary the Tennis Coach, Alvin and the Chipmunks: The Squeakquel, and The Powder Puff Principle.

Eaton was born in Los Angeles, California, and raised as an only child by a single mother. He started doing plays at the age of five and continued throughout high school. He continues to reside in Los Angeles. 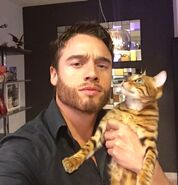 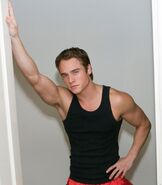