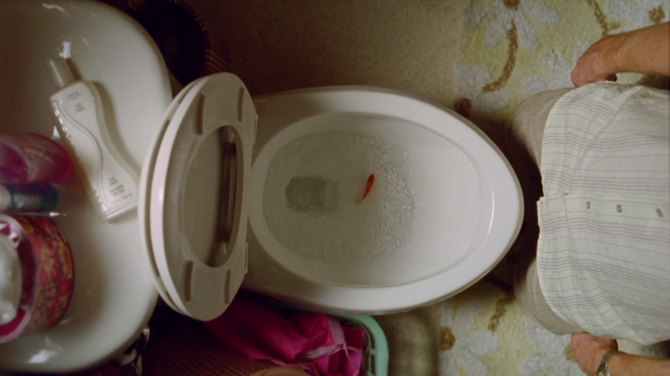 Bob the Goldfish: Return of the Dead

Bob the Goldfish is a character in Season One of the Showtime series DEXTER.

He was a pet belonging to Cody Bennett.

When Bob dies, Cody stands by Dexter Morgan as he solemnly drops the fish into the toilet and flushes it. Cody simply remarks that he wants a "snail" now, before running off to eat breakfast.

Dexter reflects on the fact that he has sent many to a watery grave. At that moment, the fish floats back into the toilet bowl. It symbolizes a later part of the episode when Valerie Castillo's body reappears in the exact spot where Dexter killed her. Dexter is mystified because he had dumped her body into the Underwater Graveyard. He must now deal with evidence that can link him to Valerie's murder.