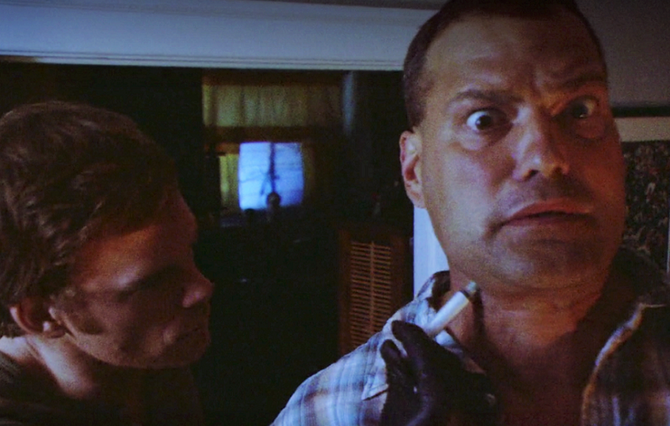 Billy Fleeter is a character in Season Three of the Showtime series DEXTER.

He was an ex-football player who gave up sports for gambling and started killing other gamblers for a bookie to pay off his debts.

Billy Fleeter had a college football career until his addiction to drugs was discovered and he was kicked out. He later turned from one addiction (drugs) to another (gambling). Afterwards, he got into two separate fights, one at the Oceanfront Casino and the other in his house. The first fight resulted in him being charged with assault and battery which was later dropped because the victim refused to testify. The other fight resulted in him being charged with aggravated assault, but he was let go due to procedural error.

Afterwards, he continued hanging around the Oceanfront Casino placing bets, often losing. Eventually, he was busted for possession in 2008 where he pleaded guilty and was sentenced to two years probation. Running up serious debts with the Nardo crime family, he paid them off by helping his bookie kill others who cannot pay their debts. His first victim was a seventy-year-old school teacher named Bryan Thayer. Assistant District Attorney Miguel Prado went after him for this murder but could not get enough evidence for a conviction. Billy then went on to kill an unnamed mother of two after losing more money.

Miguel brought in his "friend," Dexter Morgan, to bring Fleeter to justice. As a result, Dexter used Fleeter to help train Miguel how to kill successfully. He told Miguel to first research his victims to be sure they deserved to die (or meet the Code of Harry in Dexter's case). They learned that Fleeter killed a man named Dillard Nessman after losing over thirty grand and Miguel insisted that he be the one to kill Fleeter.

Although Dexter showed Miguel how to stalk, subdue, and kill a victim, he didn't tell him all his secrets. For example, Miguel thought that Dexter buried his victims in open graves and never learned that he was The Bay Harbor Butcher.

Fleeter was killed by Miguel in an old casino storage room, with Dexter disposing of him alone in the Gulf Stream.

Fleeter as suspect in slaying of Thayer

Pictures of Fleeter's victims, as shown in Kill Room

Miguel about to kill Fleeter