In 2010, he played a Funeral Director on Showtime's series DEXTER.

His TV credits include appearances on Total Security; NYPD Blue; Public Morals; Kendra; Shameless; Major Crimes; Without a Trace; The Wild Thornberrys (as the voice of a dolphin); Celebrity Poker Showdown; and In the Life (guest host).

He was born in Inglewood, CA, raised in Tacoma, WA, and studied at New York University. After NYU, he moved to Los Angeles, California, to pursue an acting career. He currently resides in Los Angeles. Brochtrup came out to People magazine as gay in 1997. 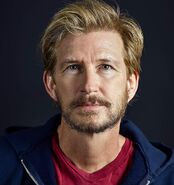 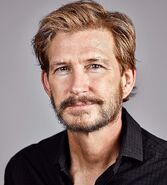 Retrieved from "https://dexter.fandom.com/wiki/Bill_Brochtrup?oldid=79007"
Community content is available under CC-BY-SA unless otherwise noted.