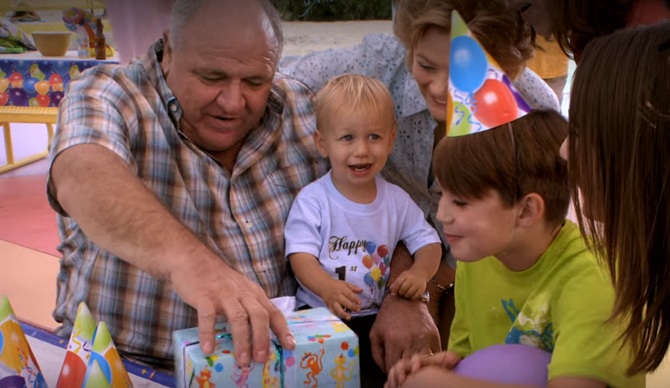 Bill Bennett is a character in the Showtime series DEXTER.

He and his wife, Maura, took Astor and Cody on a trip to Walt Disney World, while Dexter Morgan, Rita, and Harrison went on a honeymoon trip to the Florida Keys.

When Cody, Astor, and their grandparents returned from their trip, they learned that Rita had been murdered by The Trinity Killer. Astor took it especially hard, saying that she hated Dexter for not protecting her mother.

For a couple of days, the children lived with Dexter in his apartment until Astor demanded to live her grandparents. Astor and Cody then moved to Orlando with them, while Dexter kept Harrison with him.

Later, they all came down to Miami for Harrison's birthday to the surprise of Dexter. Before they returned to Orlando, Astor and Cody asked to spend the summer with Dexter in Miami, and he agreed.

Bill and Maura at Harrison's birthday party
Add a photo to this gallery
Retrieved from "https://dexter.fandom.com/wiki/Bill_Bennett?oldid=107545"
Community content is available under CC-BY-SA unless otherwise noted.