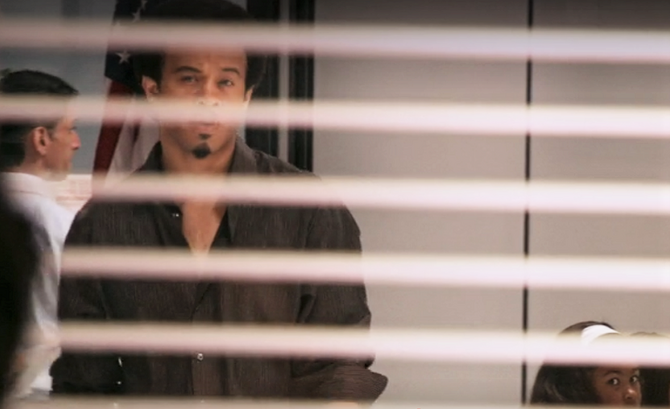 Bertrand is a character in Season Two of the Showtime's series DEXTER.

He is the unfaithful fiance of Lieutenant Esmée Pascal.

Newly instated Lieutenant Esmée Pascal became increasingly suspicious of Bertrand, her fiancé. She started to use the department's resources in trying to learn who was sleeping with him. She even had Vince Masuka attempt to analyze a smell.

Bertrand kept showing up at Esmée's workplace, which drew disapproval from her co-workers. Former Lieutenant Maria LaGuerta realized that Esmée was slowing the whole department down by prioritizing her personal problems. It's revealed that she was having a secret affair with Bertrand herself.

Esmée's suspicions drove her to distraction, and she began to display erratic, unstable behavior on the job. After one particular meltdown, she was removed from her position by Captain Thomas Matthews. With Esmée decommissioned and Maria reinstated, Maria immediately broke it off with Bertrand, who was disgusted at being used.