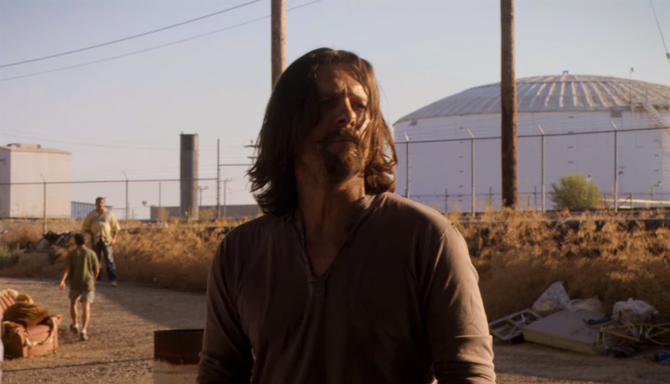 Bearded Toughguy is a character in Season Five of the Showtime series DEXTER.

He’s a parolee who lives under Julia Tuttle Causeway.

Lumen Pierce believes that Robert Brunner, a paroled sex offender living under Tuttle Bridge, is one of her rapists. Dressed in a hoodie and carrying a gun, Lumen walks around under the bridge in search of Brunner. When a bearded man walking by collides with her, he says angrily, “What the fuck, asshole?” He then realizes it’s a woman and changes his attitude. He smiles and asks, “Nice. Where you going, baby?” Lumen keeps on walking.

Lumen finally spots Brunner and is about to shoot him, but Dexter suddenly appears, grabs her arm and stops her. Lumen is furious at Dexter until he explains that she almost killed the wrong man.

Lumen searching for Brunner under the bridge

Toughguy and Lumen approach each other