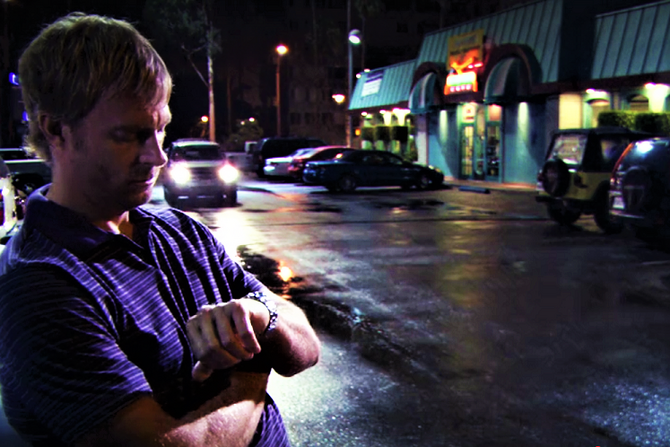 Unknown
Barry Kurt is a character in Season Five of Showtime's series DEXTER.

He dated Olivia's mother and physically abused her daughter, until Dexter Morgan intervened.

Barry is of average height and build, as described by neighbor, Elliot Larson. He has short blond hair, a 5 o'clock shadow, and blue eyes.

Despite how calm he appears to be, Barry freaks out over little things, such as Olivia being slightly late. He expresses his anger by beating on her, and is smart enough to strategically land his blows so the bruises are hidden beneath clothing.

Barry first appears at a gas station filling up his white panel van. He is quickly arrested by Miami Metro Police Officers because he is mistakenly believed to have abducted Astor Bennett and her friend, Olivia. When Barry is taken to the police station, Dexter Morgan threatens him as soon as he steps out of the squad car, to which Barry reveals that he is the boyfriend of Olivia's mother. Barry says he tracked Olivia's cell phone to Dexter's house and came to retrieve her.

They soon learn that the girls are being detained at a local mall for shoplifting. When Dexter, Barry, and Debra arrive at the mall to pick them up, Olivia refuses to go with Barry who is very angry. Dexter takes her back to his house to gather her things. While there Lumen discovers Olivia's bruises and notifies Dexter.

Barry is later confronted by Dexter in an alleyway regarding the abuse. Dexter "persuades" Barry to immediately break up with Olivia's mother by punching him several times in his vital organs. He orders Barry to insult her and not even pick up his stuff. Soon after, Barry calls Olivia's mother and tells her that she has a "fat ass," ending the relationship. 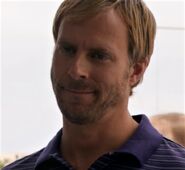 Barry is arrested at gas station

Debra, Barry, and Dexter pick up Olivia and Astor at mall

Barry is ordered to break up with Olivia's mother

Dexter tells Barry the next time, he won't go so easy on him
Add a photo to this gallery
Retrieved from "https://dexter.fandom.com/wiki/Barry_Kurt?oldid=114137"
Community content is available under CC-BY-SA unless otherwise noted.