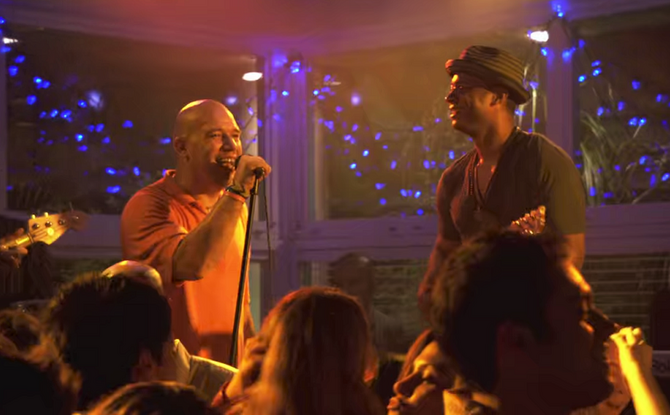 Singer is a character in Season Three of the Showtime series DEXTER.

Debra, desperate to identify her Jane Doe, goes to the nightclub where Anton Briggs’ band is performing. A singer is belting out lyrics in Spanish as Anton plays guitar. When the band takes a break, Anton meets with Debra at the bar. He doesn't recognize the woman in the photo but, after Debra makes an obscenity-riddled plea for his help, Anton agrees to ask around.

On the advice of Angel Batista, Debra goes to the nightclub and apologizes to Anton for arresting him. This is followed by his performing a song called "Puta Flaca Mala" in her honor, with the lead singer joining in. Initially, Debra is pleased, but this fades when a woman in the crowd tells her that "puta flaca mala" means "skinny mean bitch." Nevertheless, Deb continues to dance along with the music.

Singer and Anton
Community content is available under CC-BY-SA unless otherwise noted.
Advertisement