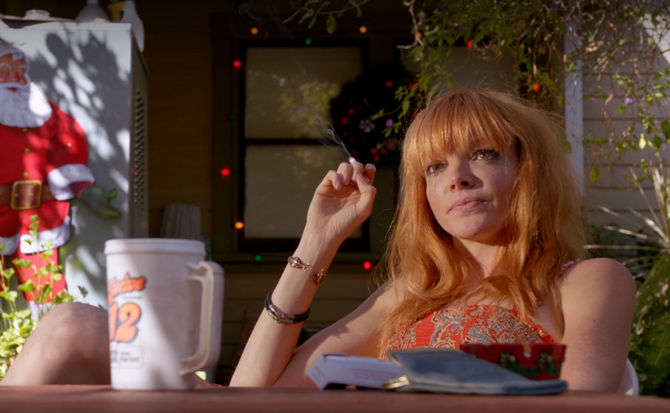 Bank of Arlene (by Dexter Morgan)

Arlene Schram is a character in the Showtime series DEXTER.

She is a friend of Hannah McKay and the sole witness to a murder Hannah committed while they were living in a halfway house.

During their time together at the same halfway house, Arlene and Hannah were close friends. One day, she witnessed Hannah giving rat poison to their abusive counselor, effectively killing him. Hannah's father, Clint McKay, planned to use this information to get rich.

Clint McKay, unable to extort money from Hannah McKay or Dexter Morgan, has given Arlene's name to the police.

Lieutenant Debra Morgan pays a visit to Arlene to question her about the counselor's murder, but Arlene refuses to rat out Hannah. Debra threatens Arlene, saying that she can be arrested for accessory to murder and her kids will be taken away. Debra promises to let Arlene off the hook if she cooperates, which forces Arlene to reconsider. Arlene meets with Hannah and expresses her worry about going to jail and not seeing her kids. Hannah reassures her, saying that she will take care of the matter.

Hannah has been arrested for Sal Price's murder, and she asks Arlene to help her escape. At the courthouse, Arlene distracts the guards by crying and hugging Hannah, during which she sneaks something to Hannah. This substance causes Hannah to suffer a seizure during her transport and she is taken to a hospital. When Hannah wakes up in the hospital, she escapes custody. Later, Hannah places a flowering plant in front of Dexter's apartment door, after which she goes into hiding.

While married to wealthy Miles Castner, Hannah was sending money to Arlene to keep it safe. Hannah plans to use it to leave Miami and start a new life. In return for Arlene's help, Hannah has been financially supporting Arlene and her children, and they now live in a much nicer house. Dexter drives Hannah to Arlene's house to retrieve her money. Unfortunately, Deputy Marshall Max Clayton, is looking for Hannah after being contacted by Jacob Elway. While at Arlene's house, Dexter spots Clayton outside walking to the front door. He instructs Hannah to hide and tells Arlene to act like everything is normal.

Clayton is surprised to see Dexter at Arlene's place, and wonders how Arlene is paying for the new house she is living in since she waits tables part-time at Denny's. Dexter pretends that he is helping Arlene after they bonded over Hannah when the latter was arrested. Clayton leaves, shaking his head over Dexter's romantic choices.