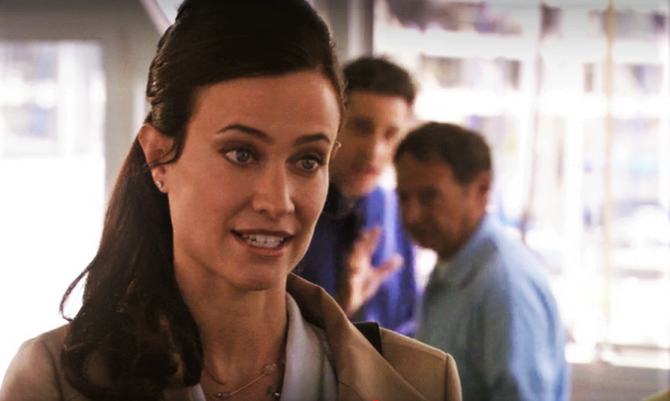 Single
Allison Sera is a character in Season Two of the Showtime series DEXTER.

She is a single woman who was unknowingly targeted to die by a murderer named Roger Hicks.

Allison lived under the radar with no dog and kept her neighbors at a distance. She went to Roger in hopes of buying a new car. When Roger met her, he ran a background check on her and found everything he needed to know in preparation to kill her.

While Dexter was waiting in the dealership's office, Allison appeared to leave a thank-you note for Roger. Dexter became suspicious that she was being targeted by Roger. He started to question her, asking if she was single, lived in a house or an apartment, and if she had a pet. Allison asked Dexter if it was a come-on, saying it's a little weird. Dexter told her it's probably the reason he's single and left in a hurry. Allison seemed a little disappointed.

Dexter saved Allison from her fate when he captured Roger in the parking lot by garroting him from behind.