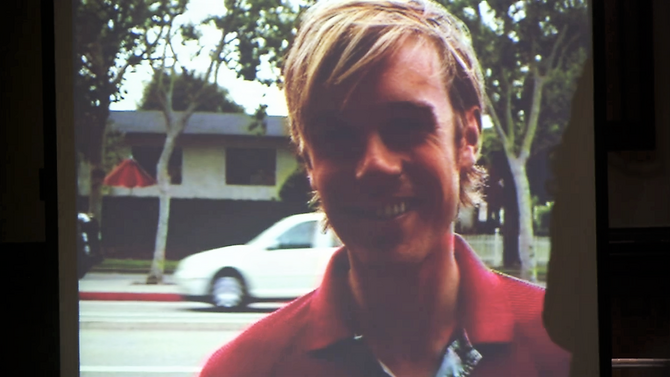 Student
Alexander Pryce is a character in Season One of the Showtime series DEXTER.

He was killed in a hit-and-run accident by Matt Chambers, a drunk driver.

Alex was a senior high school student who was adored by his family and friends. One evening, he went for a jog and met with an unfortunate hit-and-run accident. The driver fled the scene and left Alexander alone and slowly dying. The man responsible, Matt Chambers, was arrested due to his vehicle being used on the scene.

In court, the prosecutor showed a video of the Pryce family celebrating Alexander's last birthday. In the footage, Alexander laughed when he received a sweater as a gift, because it was 80 degrees. His father reminded him that he would need it next year at Harvard.

Dexter Morgan sat in on the hearing for Chambers and observed Mr. Pryce's mourning of his son. Dexter returned for the sentencing where Chambers claimed that his car had been stolen, and expressed fake remorse. Despite Chambers' history of driving under the influence, the jury fell for his "crocodile tears" and he was found not guilty.

Upon further investigation, Dexter discovered that Chambers had more manslaughter charges under different names in several states. This secured enough evidence for Dexter to put Chambers on his table. He even showed him Alexander's birthday party video in place of the usual photographs of victims. Chambers was then stabbed in the heart and disposed of as normal, with perhaps some relief coming to the Pryce family in his disappearance.

Alexander's body
Add a photo to this gallery
Retrieved from "https://dexter.fandom.com/wiki/Alexander_Pryce?oldid=111047"
Community content is available under CC-BY-SA unless otherwise noted.