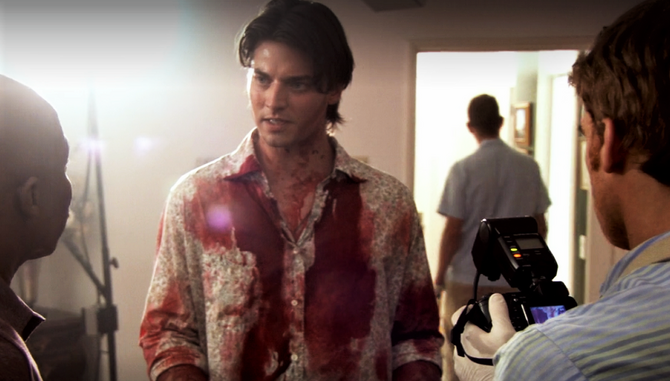 Aspiring Artist / Sculptor
Alex Gayle is a character in Season One of the Showtime series DEXTER.

He is an artist who married an older, successful woman by the name of Vanessa who later committed suicide.

Alex's wife was a powerful prosecutor, putting away countless criminals. However, the stress forced her into therapy with Dr. Emmett Meridian. Little did Alex know that the doctor was manipulating her through drug prescriptions and thoughts of suicide. This led her to kill herself without Meridian committing the act himself. Not believing that his wife took her own life, Alex insisted to the police that somebody had killed her.

It came to Dexter Morgan's attention that Vanessa was the third powerful woman to commit suicide, with the other two also shooting themselves the year before. Since most women don't commit suicide by using firearms, Dexter began to investigate the cases. He made a connection when he discovered they had the same therapist -- Dr. Emmett Meridian. He avenged the three victims when he killed Meridian while satisfying his own dark urges.