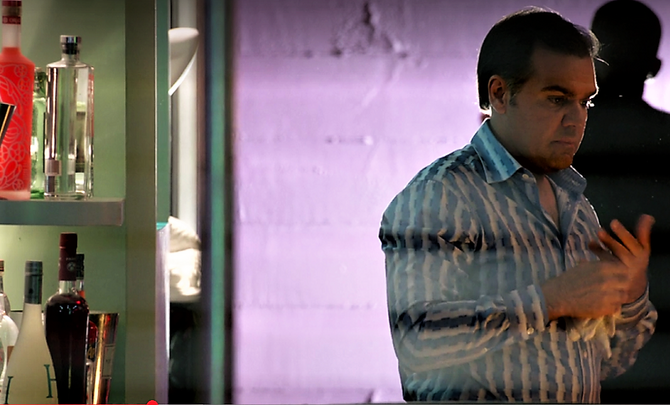 Shot himself in the head

Alex Dubrozny is a character in Season Seven of the Showtime series DEXTER.

For less than five years, he worked as a bartender at a strip club called The Fox Hole, owned by the Koshka Brotherhood.

Isaak Sirko needed to halt the police investigation into the killing of Detective Mike Anderson (committed by Viktor Baskov) because it was hurting his business. One night, Alex Dubrozny was paid an unexpected visit at home by Isaak and his associates, Jurg Yeliashkevych, and George Novikov.

Isaak explained to Alex that he needed a suspect for the murder of Mike Anderson. A fearful Alex was forced to write a note implying that he had killed the detective. Isaak promised that he would secure the financial futures of Alex's son and daughter.

George then placed a gun on the table. When Alex balked, George said that if he didn't do it, they would kill him anyway, and then kill his family. Jurg poured a drink for Alex to calm his nerves. With no other choice, and hoping that his suicide would protect his family, Alex shot himself in the head.

During the investigation, Angel Batista shared his suspicions with Joey Quinn that Alex had been set up to take the blame for Mike's murder.

Kaja, I cannot live with what I have done. I'm very sorry.

Alex talks about his family

George shows Alex what to do